The recent rain created slippery highways today, especially on I-395 in for Don Vincent this evening. The man, in his 40s, is now in the hospital after obtaining injuries in a single-vehicle car accident after ramming into a tree. 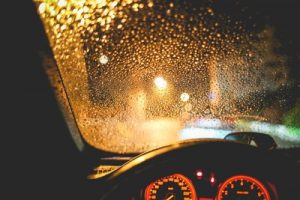 The Worcester man, from Whisper Drive, was operating his 2015 Cadillac CTS northbound. The slippery roads caused his vehicle to veer off the road near Exit 41.

The accident caused an intense chain of events, where his vehicle veered off into the area immediately beyond the exit sign. The vehicle then went down a hill, traversing the vegetation and ending up hitting a tree. He was taken to Putnam’s Day Kimball Hospital for injuries sustained in the accident.

END_OF_DOCUMENT_TOKEN_TO_BE_REPLACED

On Monday, April 16th, a van and Sport Utility Vehicle were involved in a head-on collision on the snowy streets on Spencer. The accident occurred on Route 31 South near Howe Road and 132 Charleton Road. 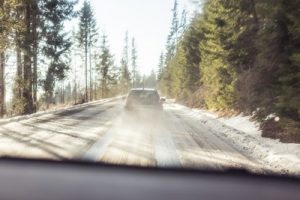 The road was closed temporarily, forcing driver’s to find different routes around the accident scene.  There are no details at this time as to how the collision occurred or who the occupants were. It appears that the SUV may have veered into the oncoming traffic of the next lane and plowed into the van, according to photos of the scene.

END_OF_DOCUMENT_TOKEN_TO_BE_REPLACED

At 10:15 a.m. on Roosevelt Avenue in Springfield, two cars collided. The incident occurred on the icy streets close to Butova Gymnasium at American 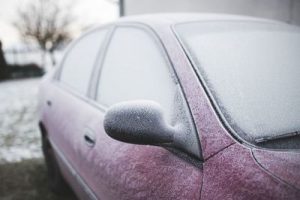 International College. It is unclear how or why, another car added to the accident shortly thereafter. Occupants in all three cars were transported to the hospital with injuries.

As much as the local news would like you to believe that the weather reports are dependable, they are not. Sometimes, a driver finds himself amidst a sudden weather change, and must push on to their ending point. This change in weather may not have been something the driver was prepared for and an accident may occur. It may not be the weather alone that was the cause of the accident, but the condition of the road combined with the weather. The city responsible for maintaining the road may be liable to the driver for not foreseeing the dangerous road condition in certain weather conditions.

END_OF_DOCUMENT_TOKEN_TO_BE_REPLACED

It is easy to think that all car accidents happen because of the actions of one or more drivers. However, sometimes the driver will have zero fault. This is the case when there are unsafe roads that are the cause of the accident. 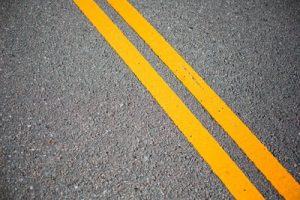 When the conditions of the road or highway are what led to your accident and injury you would be able to file a personal injury lawsuit in a couple of ways. One would be suing the government because the highway was improperly designed or cared for, and that is exactly what caused your accident. Sometimes, another driver does hit you and will blame the road. However, you would be able to still sue the driver in a personal injury lawsuit because the driver did not take into account the bad conditions while driving. The driver should have still tried to drive as safely as possible, and if he or she did not do so then he or she is liable to you for the negligent behavior.

END_OF_DOCUMENT_TOKEN_TO_BE_REPLACED

A male driver on Quarry Street in Quincy, smashed into a home with such a severe impact that he had to be transported to Southshore Medical Center, on Sunday. He was driving downhill, and for unknown reasons the vehicle swerved off the pavement, initially colliding with a couple of vehicles in a driveway before hitting the house. 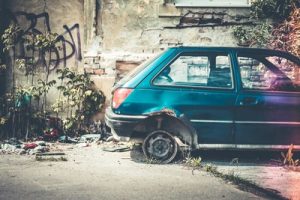 Witnesses living nearby could see the aftermath of the collision, the truck protruding from the home. One witness noted that the driver was conscious immediately after the crash, but appeared confused. Several neighbors rushed to the scene. A neighbor of the home reported that this is not the first time a vehicle has crashed into that house, and not the first time that particular portion of the house was hit. The house was empty at the time of this accident.

END_OF_DOCUMENT_TOKEN_TO_BE_REPLACED

Today, Hampden District Attorney representative James Leydon confirmed that the female who died in the train crossing on Memorial Drive just after 2 a.m. on Saturday was a Springfield resident named Kenisha Forbes. 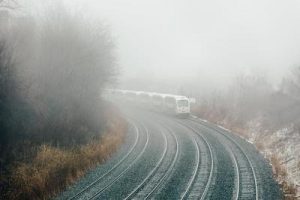 Further details establish that her Sport Utility Vehicle crashed into the rear of the train as it was barreling down the tracks.

The Motor Vehicle Homicide Unit of Hampden District Attorney’s Office, in conjunction with the Springfield Police Department are looking into how this could have occurred.

A few candles and rubbish mark the site of the accident.

END_OF_DOCUMENT_TOKEN_TO_BE_REPLACED 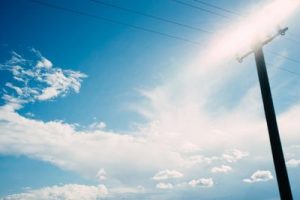 ripped his Porsche into after running in two after colliding with a utility pole. It was well into the early morning hours of Sunday April 15th, when the road was cleared and he was transported with severe injuries.

The impact broke apart the utility pole as well. The Chicopee Police crash reconstruction team is evaluating the incident.

END_OF_DOCUMENT_TOKEN_TO_BE_REPLACED

Officials are looking for a way to make Interstate 93 a little bit safer. The Massachusetts Department of Transportation (MassDOT) recently made a proposal to keep hazardous materials off of Boston’s waterfront and North End routes to I-93, according to The Boston Globe. Commercial vehicles with dangerous cargo can easily cause fatal accidents if not properly regulated, like in the Somerville car accident we recently told you about on our Boston Personal Injury Attorney Blog. Our Boston injury attorneys understand that this proposal makes sense as it could potentially help to prevent fatal accidents on the interstate, but does it make sense to reroute these hazardous trucks through our neighborhoods? Everyone knows that both Routes 93 and 128 frequently experience heavy congestion. With more and more trucks on our roadways, the dangers are increasing. It’s not uncommon for motorists to hop off the interstate to continue their journey through nearby neighborhoods, but what happens when trucks are taking these alternative routes?

State Senator Katherine Clark is working to find a solution for this matter. She’s working with the Massachusetts Department of Transportation to help relieve the stress of overcrowded highways while maintaining neighborhood roadways. She’s looking to help reroute traffic through areas that are able to handle the traffic and the potential dangers that may come along with it.

Transportation department officials already have taken notice to the congestion problems at the Routes 128 and 93 interchanges. As a matter of fact, through recent investigation, that area was named as the most dangerous area for trucking accidents in Massachusetts, as hundreds of trucks navigate through these roadways carrying dangerous materials.

The Battelle Memorial Institute recently conducted a study and concluded that Cambridge and Boston are the only two cities in the area that have dedicated Hazardous Materials Teams. Many communities are dependent on the Massachusetts Department of Fire Services Regional Hazardous Materials Teams. The problem with this is that while the Boston team is able to respond to a call with 15 minutes on average, a regional team takes much longer. Smaller, residential fire units are not properly staffed to guarantee an efficient response time to a roadway disaster. Boston and Cambridge on the other hand have sufficient staff. That’s why traffic has been proposed to be rerouted through areas that are better equipped to take on the heavy traffic and to handle the potential dangers from certain trucks.

The state senator has been working alongside legislators in a number of communities in an attempt to sway transportation department officials to adopt a new route that can help relieve overburdened highways and maintain all safety standards.

Our Boston roadways can be extremely dangerous at times. Officials have enacted a number of road laws to help reduce the risks we often face while traveling along our congested interstates and highways. While some conditions may seem completely unavoidable, officials will continue to search for ways to eliminate these dangers, even if it means completely rerouting traffic.
END_OF_DOCUMENT_TOKEN_TO_BE_REPLACED

The state has no plans to study a Watertown intersection, despite the concerns of neighbors who contend the intersection by the Charles River is poorly designed and increases the risk of car accidents.

Massachusetts Injury Lawyer Jeffrey S. Glassman and the staff at our law offices assist motorists in recovering damages as a result of serious or fatal traffic accidents throughout Massachusetts. Sometimes, a thorough investigation determines that authorities knew, or should have known, about a dangerous intersection or Massachusetts road defect and did nothing to prevent motorists from being seriously injured or killed. Poor design, missing or inoperable street lights or traffic control devices, overgrown vegetation, deteriorating roads, missing or poorly maintained guardrails and other dangers can increase the risk that a motorist will be involved in an accident.

In this case, the Boston Globe reports that neighbors are baffled about why nothing has ever been done to improve safety at the intersection of Grove Street and Greenough Boulevard.

One neighbor said numerous accidents occur at the intersection, which is equipped with one stop sign (often kicked sideways from being hit) and a concrete divider than has been reduced to ruble. An orange cone of no known significance sits atop the pile of ruble and has for some time.

One neighbor said the intersection is difficult to navigate, even for those familiar with it. She said some motorists go out of their way to avoid it altogether. She said many people would like to see a traffic light, or at least a blinking light and signs warning motorists of the upcoming intersection.

“Those of us who see these frequently-occurring accidents would like to know exactly why nothing has been done all these years,” said Gwen Romagnoli. “Certainly some traffic authorities somewhere, in some agency or other, are aware of the huge number of accidents that occur there.”

A Globe reporter found a “free-for-all” at the intersection, with cars “playing chicken” across three lanes of high-speed traffic. The intersection also includes a hairpin turn at the base of a hill and two median strips worn down to nubs.

A Watertown councilor said leaders have spent nearly a decade asking state officials to do something about the problem. More than 25 accidents have been reported there in the last several years.

The Department of Conservation and Recreation said there are currently no plans to improve the intersection. A spokeswoman said the agency is aware of the concerns but had no capital funding for repairs. There is also no plan to ask for funding for a study because the cost of the study would depend on the scope of the study, which has also not been determined.

This is a classic example of bureaucracy leading to the risk of a motorist being involved in a serious or fatal accident. Next thing you know, the state will be complaining about the high cost of personal injury lawsuits and will find a politician somewhere in the bowels of the statehouse willing to propose a new law that limits a motorist’s right to collect damages. Never mind that the fault lies with a government entity that is funded by taxpayers but fails to protect them from injury by providing the most basic of services.
END_OF_DOCUMENT_TOKEN_TO_BE_REPLACED