END_OF_DOCUMENT_TOKEN_TO_BE_REPLACED

Barletta construction workers were on a job location at the East Street Bridge in Westwood on Sunday afternoon. An 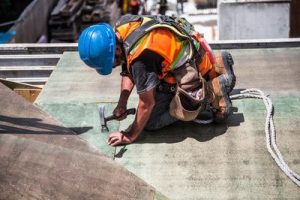 employee was seriously injured in an accident, details of which were not yet released by Massachusetts Bay Transportation Authority. The workers were altering the bridge over East Street on which the Franklin Commuter Rail Line runs.

Along with the Massachusetts Bay Transportation Authority, State Police and the Occupational Safety and Health Administration (OSHA) are looking into the incident.

END_OF_DOCUMENT_TOKEN_TO_BE_REPLACED

According to a recent news article from ABC 7 News, a 31-year-old man was killed in a horrific and confusing accident in which he was pinned between a commuter rail train and the station.  The accident happened during the evening rush hour when the victim was on his way home from work.

Authorities have said the victim, who worked as a mechanic nearby the commuter rail station, was waiting for a train, and, as it was approaching the station, he managed to slip off the edge or the platform and get his waist pinned between the train car and the platform.   While his injuries ultimately proved fatal, he was conscious and talking to firefighters as they worked to free him from the train. END_OF_DOCUMENT_TOKEN_TO_BE_REPLACED

Over the past week, we have seen a lot of news coverage on the Amtrak train derailment that resulted in eight dead and many more injured. As this investigation is still very much ongoing, it is expected new details will come out on a daily basis. First, we learned the train was allegedly going 106 mph around a sharp curve where the maximum safe top speed was set at 50 mph. Then we learned the driver supposedly did not attempt to slow the train going into the curve.

Now, according to a breaking news report from CNN, a train conductor told the National Transportation Safety Board (NTSB) the train might have been hit by something prior to the horrific derailment accident.

The NTSB and FBI are conducting a joint investigation, and during the course of their investigation, there is speculation the locomotive and possibly two other trains were hit by some unknown objects just prior to the crash in Philadelphia. While much of the damage is obviously a result of the derailment and subsequent crash, based upon these tips, investigators have become concerned with damage to the lower portion of the locomotive, which may have been caused by whatever these objects were.
END_OF_DOCUMENT_TOKEN_TO_BE_REPLACED

The latest update from the disastrous Amtrak train crash outside of Philadelphia this week is that at least seven people are dead, more than 200 were injured and several passengers are still unaccounted for as crews continue to search the massive piles of wreckage. What’s more, an initial investigation indicates the train was traveling at approximately 102- to 106-mph while negotiating a sharp curve on its way to New York. Trains are supposed to enter that curve traveling just 50 mph. Evidence emerging from the active National Transportation Safety Board’s investigation reveals the train engineer/conductor did apply the brakes, but only after the train had already begun rounding the curve.

This information was gleaned from the train’s “black box” data recorder.
END_OF_DOCUMENT_TOKEN_TO_BE_REPLACED In the initial aftermath, authorities are reporting at least six people are dead and 144 are known to be injured. Although most of the others are not seriously hurt, authorities have ominously revealed not all passengers are accounted for. That’s why emergency crews have been toiling away to search for anyone who may still be trapped in the gnarled mess of metal wreckage that remains.
END_OF_DOCUMENT_TOKEN_TO_BE_REPLACED

According to a recent news article from ABC News 40 Springfield, at least 55 people were hurt when an Amtrak passenger train was involved in a crash with a tractor-trailer. At least one victim suffered a serious personal injury.

In addition to the discrepancy as to exact course of events leading to this serious accident, there is dispute as to the number of people injured. State agency representatives said 54 people were transported to local hospitals with injuries, which were not life threatening, and one passenger was rushed to a level one trauma center with serious life-threatening injuries. Meanwhile, Federal Railroad Administration officials claim there were 62 total injuries.

The investigation is still ongoing, but it is believed the driver, who wasn’t injured, was able to jump out of his truck before the train made impact with it. After it collided with the truck, the locomotive derailed and fell over it its side, along with the first two cars of the train. The first car to derail was a baggage car, and the second was a passenger car. There were 173 other passengers on the train who were not injured.

Amtrak arranged for coach buses to take them to Richmond, Virginia.
END_OF_DOCUMENT_TOKEN_TO_BE_REPLACED

According to a recent news article from NECN, a twenty-year-veteran MBTA inspector allegedly crashed a company vehicle into a bus operated by the T, and then was allowed to the leave the scene of the accident without submitting to drug or chemical testing as required by United States Department of Transportation (DOT) regulations and Massachusetts law. Authorities say T bus was waiting at crosswalk for a pedestrian to walk across the street when inspector rear-ended bus with his T owned vehicle. Police were called to the scene, as were T supervisors. At this point, it is required T inspector be taken to a testing laboratory certified by the Office of Drug and Alcohol Testing for the Commonwealth of Massachusetts, and submit to drug and alcohol testing. This normally involves blowing into a breath-testing instrument, and providing a urine sample for chemical testing at a state-approved testing facility.

For reasons not entirely clear, inspector was allowed to leave the scene of the accident without submitting for testing. Authorities later found inspector at his friend’s house and took him for testing. This was at around 4 p.m. and accident had occurred at around 9:30 in the morning. The concern is any alcohol, which may have been in his system, could have been excreted by the time he was eventually tested. It should be noted no reports have suggested any evidence he was actually under the influence of intoxicating alcohol or drugs at time of the T accident.
END_OF_DOCUMENT_TOKEN_TO_BE_REPLACED

A 24-year-old driver from Roxbury was killed after rear-ending a Massachusetts Bay Transportation Authority (MTBA) bus at a bus stop, reports CBS Boston. The accident happened on Route 28. On the bus, there were nine people who were sent to the hospital with injuries, most complaining of back pain. According to the spokesperson of the MBTA, the bus was legally stopped at its bus stop when the accident happened.

Our MBTA accident lawyers understand that bus stops and other mass transit hazards are scattered throughout the city, and safety navigation around them can be tricky at times. According to the Federal Motor Carrier Safety Administration (FMCSA), there were more than 10,000 injury bus accidents recorded in the U.S. in 2008. Roughly 11,000 vehicles were involved and close to 25,000 passengers injured.
END_OF_DOCUMENT_TOKEN_TO_BE_REPLACED