When a loved one dies, more often than not they are survived by dependents who, in addition to having to deal with the emotional loss, also have to deal with the resulting financial hardships.

In situations where the deceased would have had grounds for a personal injury claim had they survived their injuries, surviving loved ones may be able to pursue a wrongful death claim.

Under Massachusetts law, for example, an individual or organization can be held liable for wrongful death if they cause a fatal accident by:

END_OF_DOCUMENT_TOKEN_TO_BE_REPLACED

Has someone you love been injured or killed in an accident? We at Jeffrey Glassman Injury Lawyers are here to help you receive the care and compensation you deserve.

A man in his early 20s was shot Wednesday afternoon on a Washington Street. The shooting occurred near 45 Temple place on a busy stretch of pedestrian walkway. The suspect fled the scene and Boston police were still searching for him at the time of this posting.

The victim was transferred to a local hospital by Boston EMS, and his injuries appear to be non-life-threatening.

If you or someone you love has been injured in a violent act, we at Jeffrey Glassman Injury Lawyers are here to help and guarantee you receive the care and compensation you deserve. 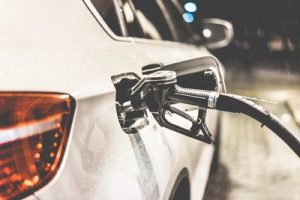 END_OF_DOCUMENT_TOKEN_TO_BE_REPLACED

As we recently reported on our Boston Drunk Driving Accident Lawyer Blog, alcohol and the South Boston’s St. Patrick’s Day go together like peanut butter and jelly, or St. Patrick’s Day and green beer. We’ve discussed the dangers of drinking and driving and reviewed a number of ways to avoid these types of potentially fatal accident. Alcohol-related car accidents in Boston over the festive green holiday weren’t the only kind of accidents that officials had to deal with. According to ABC5, a parade-watcher wound up in the hospital after a catastrophic tumble from a roof during this year’s event. Officers report that the man, who was in his 20s, fell from a triple-decker apartment building along G Street just before 4:00 p.m. According to medical reports, the man is now paralyzed.

Our Massachusetts personal injury lawyers understand that balconies, porches and decks are prime gathering places, particularly as we head into spring. Unfortunately, these rooftop seats can sometimes pose serious dangers and can result in serious injuries and even death. Sometimes the structure or the railings of balconies, porches and decks can be inadequate and can contribute to falls. These things can even collapse and cause a number of people to fall to the ground below, even burying the victims underneath the debris. The St. Patrick’s Day isn’t the only place where we have to worry about these kinds of accidents either. They can happen at social gatherings, at restaurants and even at rented homes. Many times, officials like to blame the overcrowding for these kinds of the accidents, but the truth of the matter is that t’s often concluded that the accident was caused by decay and poor maintenance.

There are roughly 40 million decks, balconies and porches in the U.S. that are more than 20 years old, according to the North American Deck and Railing Association. You can image how many of those locations can be found in the historic city of Boston. Recent studies illustrate the risks many assume; many decks, balconies and porches are not maintained properly. When property owners are negligent and don’t make sure that their premises are safe, including balconies, porches and decks, they can in fact be held liable.

“There’s been a lot more rooftop parties than we’ve seen in the past,” said Ed Davis, Boston Police Commissioner. “So we’ve been systematically going up and talking to people and closing down the ones that are dangerous.”

Officers with the Boston Police Department traveled up and down the parade route to help make sure that rooftop revelers were safe. Alcohol laws were also in full effect during the event. There were over 200 citations issued to parade watchers for public drinking. In 2011, there were more than 360 citations issued. Officers report that there were six people arrested during this year’s event. Among these arrests were charges of assault and battery with a dangerous weapon, disturbing the peace and possession of alcohol by a minor. Only three people were arrested during last year’s parade.
END_OF_DOCUMENT_TOKEN_TO_BE_REPLACED

Shoppers in Massachusetts who survived Black Friday without injury should consider it a small feat considering it is the most dangerous shopping day of the year. Even though the big event is over, shoppers and consumers will still be packing malls and shopping venues in the weeks to come, on the hunt for irresistible deals and gifts.

Injuries from shopping accidents in Massachusetts are more common this time of year when a business or merchant doesn’t take the necessary precautions to keep their premises hazard free.

We remind you of the post we did in October on our Boston Personal Injury Attorney Blog when we reported that a Massachusetts woman is filing for compensation following a 2006 shopping injury at a WalMart that left the bone in her ring finger exposed. The woman had tried to reach for a gift located on the top shelf and snagged her ring on a metal latch sticking out from the shelf. This accident, also known as degloving, could have been avoided if the WalMart had ensured customer safety by properly maintaining the property.

Boston premise liability lawyers find in many cases that retailers and store owners are considered negligent if they knowingly leave a hazard unattended. Maintaining the store property, including parking lots, sidewalks, and inside the premises is vital to keeping customers and employees free from injury.

There are several types of shopping-related injuries but the most common is slip and fall accidents, which are sometimes caused by an icy sidewalk, a freshly mopped floor, or cluttered aisles to name a few. Shopping cart injuries are also common this time of year when a child’s finger gets stuck, a cart topples over or is left unattended in an overcrowded parking lot. Head and neck injuries can often result when a customer is struck by a falling object from a shelf or boxes fall from an unsafely stacked store display.

Elevator and escalator injuries are also common when customers are riding and experience a malfunction. Overcrowding on these riding apparatuses can make them dangerous and present an exit hazard when customers can’t escape during an emergency situation.

Store owners and merchants are also responsible for keeping parking lots safe and hazard free. This means keeping surveillance cameras functioning properly, security cars patrolling the area and maintaining a well-lit parking environment to protect shoppers from assault or theft when they return to their cars. If a winter storm dumps an accumulation of snow, clearing the lots and sidewalks and laying down salt on top should be a top priority to prevent a slip and fall accident from occurring.

Shoppers are urged to use extra caution this time of year as stores will be overcrowded and liable for accidents. Keep close tabs on your children in the store and in the parking lot. Stay alert for shopping hazards like displays or falling objects. Try to avoid shopping after dark or during the busiest parts of the day like lunchtime or after work.
END_OF_DOCUMENT_TOKEN_TO_BE_REPLACED

Shoppers are at increased risk of Boston premise liability accidents as the holiday shopping season enters full swing and winter weather descends on the East Coast.

We reported last month on our Boston Personal Injury Attorney Blog that the government had warned retailers about the risk posed to employees by intentionally advertising heavy discounts meant to draw large crowds for Black Friday. As the Boston Globe reports, the holiday shopping season has gotten off to a fast start and is responsible for upwards of half of retailer profits. As such, retailers will look to keep the momentum going right through the holidays, and will no-doubt hold closeout sales right through the first of the year.

Business and property owners must put at least as much emphasis on the safety of employees and guests as they do on reaping holiday profits. When a negligent condition leads to a serious or fatal accident on business property, a Boston personal injury lawyer or wrongful death attorney should always be consulted to help protect the physical and financial well-being of you and your family.

Massachusetts premise liability claims may include:

A 23-year-old bystander was reportedly killed in a Boston pub when a piece of bar glass pierced his jugular during a fight between two other patrons, the Boston Globe reported.

The victim was out with friends at the popular Lansdowne Pub near Fenway Park. Just after midnight, a patron allegedly threw a beer mug, which shattered and sent shards of glass flying. A piece of glass pierced the victim’s jugular vein. Bleeding profusely, he was rushed to Brigham and Women’s Hospital, where he died less than 30 minutes later.

Nothing will make things right for this young man and his family. But a Boston injury lawyer should be called to assist with thoroughly reviewing the circumstances of this case. Certainly the man who threw the glass should be held responsible. It’s also possible that a negligent security claim could be filed against the bar.

A thorough investigation will help determine whether the at-fault patron in this case was excessively intoxicated; whether he had caused problems for other patrons previously; or whether the bar’s owner or staff could have taken additional precautions. A negligent security claim permits a victim to collect damages from a business or property owner when an injury could have been prevented by reasonable precautions.

In this case, two of the victim’s friends were also treated for cuts; one was hit in the head so hard he suffered a possible concussion and needed medical staples to close the wound.

The 25-year-old defendant was charged in Roxbury District Court with manslaughter and two counts of assault and battery with a dangerous weapon. He entered pleas of not guilty and was being held on $75,000 cash bail.
END_OF_DOCUMENT_TOKEN_TO_BE_REPLACED