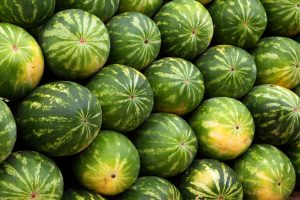 A 2002 Kenworth tractor-trailer tipped over causing watermelons and fuel to spill on to the road and sending one person to the hospital with injuries, early Saturday evening, April 28, 2018.  The accident occurred near the ramp leading to Interstate 93 South on Interstate 495.

The interstate had to be closed for several hours Saturday evening so the watermelons and fuel spilled in the accident could be cleaned up and cleared after the truck tipped over.  All lanes of traffic on the Interstate were opened to traffic around 5:40 pm.

END_OF_DOCUMENT_TOKEN_TO_BE_REPLACED 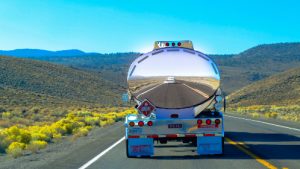 END_OF_DOCUMENT_TOKEN_TO_BE_REPLACED

A single lane was blocked off to traffic on the Northbound Interstate 95 today due to a tractor-trailer accident. The vehicle tried to exit the highway

into the breakdown lane, but collided into the shoulder and flipped onto its right side. The driver tried to turn off the highway believing there was a problem with the items on the trailer.

The accident happened at approximately 7 a.m. around the Western Avenue and Civic Center Drive off-ramps. The lane was opened later in the day. However, the remnants of the crash were still being hauled away while the lanes were re-opened.

The driver of the tractor-trailer was identified as Massachusetts resident Joshua Linfield. He sustained injuries to the side of his body and was transported to the hospital from the scene.