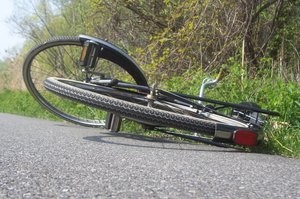 Beverly, MA (June 30, 2018) -A bicyclist was involved in a crash with a vehicle in Beverly, Massachusetts on Friday.  The accident occurred at the intersection of Cabot and Dane Street.  An ambulance was called to the scene to assist the injured bicyclist.  Later, the bicyclist was transported to a local hospital with injuries resulting from the crash.   The condition of the bicyclist is unknown at this time.

Beverly police are still investigating the crash and its cause.  The bicyclist was not immediately identified and police have not yet decided whether to issue any citations for the crash.

END_OF_DOCUMENT_TOKEN_TO_BE_REPLACED

The Wednesday morning commute into work became a crawl for some motorists along a stretch of Route 1 in Peabody.  Those hoping for an early arrival to the office were disappointed when they encountered a crash just past exit 44 at approximately 6:00 am.  There in the breakdown lane of the highway was a crash involving multiple vehicles.  At least one person has been reported as injured in the crash but it is unknown whether the injuries are severe or life-threatening.

As of 6:30 am, police and medical personnel were both on scene of the crash and were directing motorists around the accident while they investigated and attempted to restore the traffic flow on Route 1.  Motorists who encountered the wreck were stuck in traffic for several minutes due to the heavy delays approaching the accident scene.  The crash is expected to be cleared in an hour and, barring further incident, rush hour traffic should proceed as normal following the clearing.

Police in Peabody continue to investigate and have not released any statements regarding the cause of the crash or the severity of injuries.