While it is far from the most popular outdoor activity in the Commonwealth of Massachusetts, quite a lot of people do go hunting every season in this state. The activity is generally considered safe for participants, there are obviously firearms involved, and any negligence could result in serious injury or death.  According to a recent news article from The Recorder, a teen from Worcester was just critically injured in a hunting accident.

The 19-year-old victim was on a hunting trip when he was trying to negotiate his way across a small brook.  As he was trying to cross the narrow waterway, he accidentally shot himself with his hunting rifle.  He was shot in the chest, but, fortunately, he was not alone, as his cousin had accompanied him on his day of hunting. END_OF_DOCUMENT_TOKEN_TO_BE_REPLACED

While it is not the favorite pastime of everyone in the greater Boston area, deer hunting is actually quite popular in much of Massachusetts and throughout New England. As we find ourselves in hunting season, it is not surprising to hear about hunting accidents on the news.   While not every routine accident will make the news, some capture the public attention more than others. 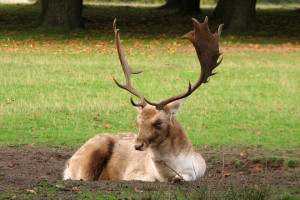 According to a recent news feature from M Live, one woman, who is not a hunter, was apparently walking through a plowed-over cornfield with her daughter when her daughter saw a deer through her binoculars. It was a buck deer that they assumed had been shot and was dead. At this point, she decided they should take the deer and use the meat to feed the family. It is not unheard of for a hunter to shoot a deer, but the deer gets away only to die a short time later. END_OF_DOCUMENT_TOKEN_TO_BE_REPLACED

While hunting is a popular activity across New England, including parts of Massachusetts, there is obviously some degree of danger associated with the outdoor activity. Not only are you relying on the members of your own hunting party to act in a responsible manner, you may also have to contend with potentially negligent hunters in other groups sharing the woods with you. Sometimes their actions can result in serious personal injury or death. 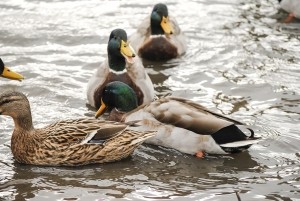 While being shot is one obvious danger, there is a wide variety of equipment many hunters use that can also be dangerous, ranging from tree stands for deer and bear hunters to boats utilized by many duck and other waterfowl hunters. According to a report form The Taunton Gazette, two hunters died when their camouflaged johnboat capsized into frigid water. END_OF_DOCUMENT_TOKEN_TO_BE_REPLACED