Interstate 84 (July 2, 2018) – A head-on collision between two vehicles left people with serious injuries on Sunday evening.  Police say the crash occurred in the westbound lanes of the highway between exits 60 and 61 when two vehicles traveling in the opposite direction collided with one another.  When police arrived on scene both cars involved in the crash had caught fire.  It is unknown if anyone was inside the vehicles when the fire began.

A helicopter was called to the scene but was later called off.  Both drivers were transported by ambulance to a local hospital with serious injuries.  At this time, the extent of the injuries and whether they are considered life-threatening is not known.

END_OF_DOCUMENT_TOKEN_TO_BE_REPLACED 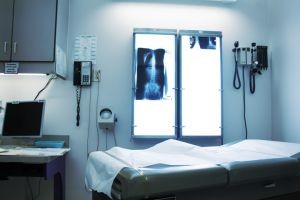 Shelburne Falls, MA (July 2, 2018) – At least two people were seriously injured on Route 2 in a head-on collisions that took place in Shelburne Falls, Massachusetts Sunday.  Officers received reports of the two vehicle crash around 10:45 am on Sunday.  The drivers of both vehicles, identified only as a man and a woman were transported to a local with serious injuries.  It is unknown at this time whether the injuries are life-threatening.  Police have not said which driver initially crossed over the center line.

Traffic in the area was heavily affected after the crash.  The roadway was blocked for several hours while police worked the scene.  A detour was in place to re-route all incoming traffic on Route 2.  The Massachusetts State Police accident reconstruction team is assisting local authorities to piece together the accident.  There is no word at this time on any potential charges stemming from this collision.