Weymouth, MA (July 10, 2018) – Police in Weymouth received a call at approximately 8:00 pm on Monday concerning an accident that had just occurred on Norton Street.  The accident, which involved multiple vehicles, left at least one person with injuries.  Police and other emergency officials responded to the crash.  Once there, they located the injured victim.  Medical treatment was given on scene and the victim was later taken to South Shore Hospital for further treatment.

Police blocked the affected area while they investigated the crash.  Officers took statements from those on scene and completed a crash report.  There is no initial word on the cause of this collision.  The extent of injuries is also unknown at this time.  Police are still investigation but did not issue any citations in the immediate aftermath of the crash.

END_OF_DOCUMENT_TOKEN_TO_BE_REPLACED 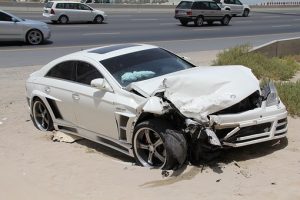 Weymouth, MA (July 10, 2018) – An accident on Old Quarry Road in Weymouth resulted in injuries to at least one person Monday.  Weymouth police received a report of a motor vehicle accident just before 6:15 am.  Officer Stephen F. Malono responded to the crash scene to investigate.  Officer Malono arrived on scene and determined at least one person was in need of medical assistance.

A local ambulance quickly arrived on scene to treat the injured victim.  After receiving treatment on scene, the victim was transported to nearby South Shore Hospital for additional evaluation.  The Weymouth Police are still looking into what caused this accident and are considering a number of potential factors in their investigation.  No further information concerning the crash has been released at this time.