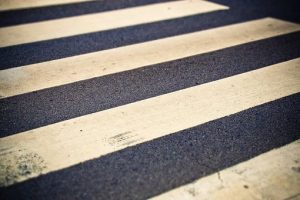 On June 13, police in Worcester were alerted to a serious accident that involved a pedestrian and a vehicle. Emergency responders were dispatched to the scene and arrived quickly to assess the situation. Police arrived at the scene shortly after 9 in the evening and occurred on the 10000 block of Grafton Street.

Upon arrival, they found that a 20-year-old woman had been hit by a vehicle. The driver who struck the pedestrian remained on the scene. The victim was taken to an area hospital, but the extent of her injuries is still being determined. Authorities are still investigating the cause of the crash. Statements were taken by the driver as well as witnesses.

END_OF_DOCUMENT_TOKEN_TO_BE_REPLACED 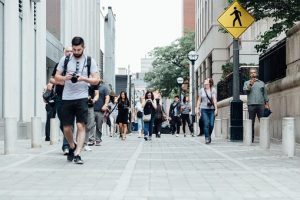 The Boston Police Department received information about a pedestrian-vehicle accident on June 13. The accident occurred around 9:30 at night, and emergency responders were dispatched and arrived quickly at the scene.

Once arriving at the accident, first responders discovered that one pedestrian had been hit by a vehicle. This individual suffered injuries because of the accident, and they were given medical care by EMTs. The extent of their injuries is still being determined. No fatalities were reported, and the injuries did not appear to be life-threatening.

Officer Michael Sullivan was one of the first to arrive at the scene, and he took statements from those involved as well as witnesses. The driver of the vehicle remained on the scene at 72 American Legion Highway. This accident remains under investigation to determine the exact cause of the collision and the liability of those involved.

END_OF_DOCUMENT_TOKEN_TO_BE_REPLACED 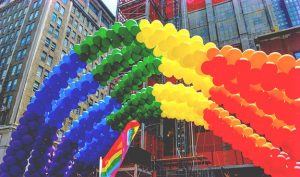 On June 10, an accident involving two motorcycles and a pedestrian was reported. The accident occurred when two police officers on motorcycles collided with each other. Police on the scene of the incident say that two on-duty officers were responding to a call of an officer needing medical help when they ran into each other and hit a pedestrian.

This incident occurred at the Pride Parade in Boston. The elderly woman who was hit was watching the parade when the accident occurred. All three people sustained injuries and were transported to Massachusetts General Hospital. The crash did not disrupt the parade, and traffic was not impacted. No fatalities were reported, and the scene was cleared within the hour. The identity of the pedestrian has not been released.

END_OF_DOCUMENT_TOKEN_TO_BE_REPLACED 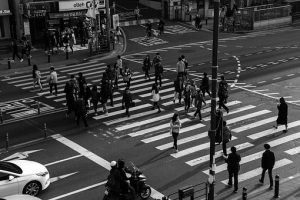 On June 10, the Beverly Police Department received information about a pedestrian-vehicle accident. The accident occurred around 6:15 in the evening, and emergency responders were dispatched and arrived quickly at the scene.

Once arriving at the scene on Pond and Rantoul Streets, they discovered that one pedestrian had been struck by a motor vehicle. This individual sustained injuries in the accident, and medical care was administered to them at the scene. The extent of their injuries is still being determined. No fatalities were reported, and police secure the scene within the hour. Police also took statements at the scene from the individuals who were injured in the accident as well as witnesses who were at the scene.

END_OF_DOCUMENT_TOKEN_TO_BE_REPLACED 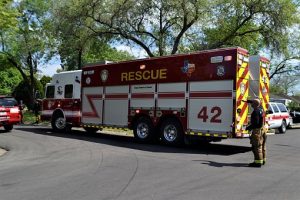 Pedestrian accidents can be some of the most catastrophic accidents because pedestrians are not protected by gear like helmets or seat belts, and they are vulnerable parties on the road. These accidents leave pedestrians at risk of sustaining serious injuries. This is why it’s vital for all drivers to remain attentive and aware of the other people around them.

Upon arrival, emergency responders administered care to the pedestrian who had sustained injuries in the crash. The extent of the injuries is still under review. No fatalities were reported. Statements were taken from the people involved in the accident, and the scene was cleared within the hour.

END_OF_DOCUMENT_TOKEN_TO_BE_REPLACED

Pedestrian accidents can be some of the most devastating vehicle accidents that occur on roads as they can leave pedestrians suffering from dire injuries. Pedestrians are not protected by any gear, and they are vulnerable parties on the road. All drivers must look out for pedestrians and remember the responsibility they have to share the road.

A hit-and-run accident that occured in Springfield is being investigated. Police are looking to talk to the driver of a car seen on surveillance video hitting a young boy. AJ Olivero, 10-years-old, was crossing Belmont Avenue when he was struck by a car.

The car was reported to have been flying through the area at high speeds at the time of the incident. Springfield Police say that the driver stayed on the scene at first but was not there when police arrived. AJ sustained multiple foot fractures and a broken rib in the accident.

END_OF_DOCUMENT_TOKEN_TO_BE_REPLACED 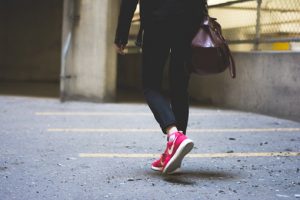 Pedestrian accidents can be quite dangerous to pedestrians because they are not protected by any protective gear such as helmets. These accidents can do severe damage, and they can leave victims suffering from injuries for years to come. It is essential for all drivers to remember to share the road with pedestrians, and pedestrians must also do their part to remain aware.

On June 6, the Boston Police Department received a report of a moving vehicle accident involving a pedestrian. The accident occurred around 10:50 at night on Fan Pier Boulevard. Officer Edward Cox initially responded to this scene, and other emergency responders arrived shortly after receiving notice of the incident.

Upon arrival, first responders administered care to the pedestrian who had been injured in the crash. The scene was secured for investigation into the accident. The extent of the injuries is still under review. However, no fatalities were reported.

END_OF_DOCUMENT_TOKEN_TO_BE_REPLACED

Pedestrian accidents can be some of the most catastrophic accidents because pedestrians are not protected by safety gear. These accidents tend to put pedestrians at risk of serious injuries. This is why it is vital for all drivers to look out for pedestrians and share the road with them. Pedestrians must also remember to remain aware and cautious when near roads.

On June 5, the Lynn Police Department received information about an accident involving a pedestrian and a vehicle. The accident occurred around 7:00 in the evening. The accident was reported to have occurred on Summer Street. First responders were dispatched to the scene and arrived quickly.

Upon arrival, EMTs administered emergency personnel to the pedestrian who had been hurt in the accident. While the extent of the injuries is still being determined, no fatalities were reported.

END_OF_DOCUMENT_TOKEN_TO_BE_REPLACED

Some car accidents can be severe. While not every accident causes injuries, some of them do, and these can sometimes even be deadly. All drivers must do their part to remain aware and follow all traffic laws. Caution should be taken always when driving as the consequences of negligent driving can be quite high.

The Boston Police Department received information about a vehicle crash that involved a police vehicle on June 5. The accident was reported around 11:00 a.m. and first responders including Officers Kevin Herbert arrived on the scene quickly after hearing the news of the accident.

Upon arrival at the scene on Condor Street, emergency personnel found that one individual, a civilian, had suffered from injuries. Medical care was administered to this person, but the extent of their injuries is still under review. However, no fatalities were reported. The scene was cleared within the hour, and the flow of traffic resumed as normal.

END_OF_DOCUMENT_TOKEN_TO_BE_REPLACED

On June 6, the Worcester Police Department received a report of a moving vehicle accident that involved a pedestrian. The accident occurred around noon and first responders were dispatched to the scene quickly. The incident occurred on the 200 block of Main Street.

Once arriving at the scene, first responders administered care to the pedestrian who was injured and secured the scene for investigation into the accident. The injured individual was transported to a nearby hospital, but the extent of their injuries is still being determined.