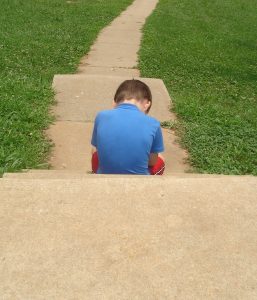 Governmental immunity laws meant that it was never a cakewalk, and plaintiffs pursuing liability claims against school districts in Boston and elsewhere in the Commonwealth always had their work cut out for them. The latest ruling in Commier v. City of Lynn et al just makes the climb for justice that much steeper.

This was a heartbreaking case involving a boy who was just a fourth-grader when he was a victim of school bullying so severe he now suffers from permanent paralysis. The boy’s parents had filed numerous complaints with the school district prior to the incident in question, and it’s their contention the school’s response was insufficient to abate the danger their son faced, particularly when the district had a duty to protect him.

This ruling further underscores the necessity of seeking legal counsel from a well-resourced and dedicated legal firm who can help explore all viable options of recovery in your Boston personal injury lawsuit.

Bullying is not a new phenomenon, but it is one with the potential to have serious and lasting consequences for victims – both emotional and physical. Pacer’s National Bullying Prevention Center cites dozens of studies that give us a good picture of the scope. For instance:

The question of whether schools and administrators have a duty to stop bullying has varied from state-to-state. Massachusetts, for instance, does have an anti-bullying law, codified in MGL ch. 71, section 370, which states bullying shall be prohibited on school grounds and property immediately adjacent to school grounds or at school-sponsored events or activities, school bus stops and on school-operated vehicles (including buses) and through electronic devices the school owns or controls. Retaliation against those who report bullying or investigate it is prohibited, and each school is required to provide age-appropriate instruction on bullying and have its own bullying prevention plan, to which it must adhere. The statute goes on to outline the components these anti-bullying plans must contain.

However, as the most recent decision shows, holding districts accountable for failure to adhere to these standards may not always be easy.

The Supreme Judicial Court in Commier v. City of Lynn was asked to consider whether the family of a boy who was paralyzed after being pushed down a stairwell could seek monetary damages from the school district and officials for failure to to protect the child.

According to The Boston Globe, the student was the victim of repeated bullying incidents from one particular student aggressor. Despite his parents filing numerous complaints with the district, both victim and bully were still required to line up with one another at the start of the school day. On the day of the incident in question (March 2008), the accused bully reportedly pushed the victim down a stairwell, resulting in permanent paralysis – quadriplegia.

The Supreme Judicial Court did not shy away from saying that bullying is a persistent and serious problem in schools and it can cause severe emotional and even physical damage. Here, the court held, plaintiff/ victim suffered both. The court conceded the school district and its officials and employees at the elementary school could have and should have done more to protect this boy. As the parents allege, the school didn’t even enforce its own anti-bullying policies. In fact, the school’s actions endangered, rather than protected, the student. Nonetheless, the parents/ student won’t be able to pursue damages against the school because of the Massachusetts Tort Claims Act, which imposes restrictions on the acts that exempt schools from liability in such cases. The claim was dismissed.

Essentially, unless the school district and/ or public employer were the original actors of harm, they will be allowed to shirk liability by claiming sovereign immunity – even in cases where it’s clear the district failed to protect the student and the child suffers a catastrophic injury.

As quoted by the family’s personal injury attorney, “That’s ludicrous. The way the law is currently construed presents a nonsensical, dangerous and potentially deadly threat to our children.”

The only way this will be changed is by an act of the legislature.

This isn’t the first time claims of bullying-related injury have made their way to the courts in the Commonwealth. In 2010, Middlesex Superior Court ruled in Gennari v. Reading Public Schools that the lower court had not erred in denying summary judgment to a school district defendant in a bullying injury case. The primary difference between this and Commier is that while bullying may have played a role in the injury, so too did the principal’s choice of recess location, which consisted of a concrete floor and concrete bench-walls (low, concrete-topped brick walls with sharp corners used as benches). This was despite the fact that administrators could have chosen a gymnasium equipped with padded walls.

In that case, plaintiff – a first-grader – was playing at recess, running in the concrete courtyard, when he was pushed by a fellow first-grader, causing him to fall and hit face-first on the corner of a concrete bench wall, causing a severe laceration. He/ his parents later sued the school district for personal injury. In granted the defense motion for summary judgment, the lower court spent a considerable amount of time considering whether the actions of the 6-year-old classmate who pushed plaintiff were intentional. The school district argued the Massachusetts Tort Claims Act barred such action because it was not the original cause of plaintiff’s injury – that was the classmate’s doing.

However, in reversing this ruling, the superior court ruled the question of the 6-year-old’s intent was irrelevant. A public employer’s affirmative act can serve as the original cause of a harmful condition or situation, which can thus be the basis for liability – even when the harm is effected by the violent or tortious conduct of a third person (as was the case in Bonnie W. v. Commonwealth).

Here, the principal had ordered first-graders to have their recess in this concrete courtyard. There was a causal link between this decision and the child’s injury is not so remote that as a matter of law the court could say it was not the original cause of injury within the statute’s meaning.

Ultimately, what we can glean from these two cases is that while such claim may be difficult, they aren’t impossible. Further, there is nothing in the law that prevents bullying victims to seek redress from the aggressor and/ or the aggressor’s legal guardian or parents. Our Boston personal injury attorneys will help victims of child bullying explore every possible legal remedy for their injuries.