There are simply some fields for which non-profit ventures are generally better suited. Nursing home care appears to be one of those. 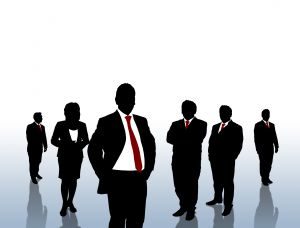 A recent report by Kaiser Health News appears to back growing anecdotal evidence of this, revealing that mission-driven non-profit organizations on the whole have better track records than the increasing number of facilities operated on a for-profit basis.

Numerous studies over the last 20 years has established that nursing home neglect and abuse is reported at higher rates at facilities that operate on a for-profit basis – particularly in those that operate as corporate chain operations. These facilities tend to skimp on staff and other necessities, which in turn results in substandard care.

In a nutshell, the latest report from Kaiser reaffirms this, examining closely the ways in which organizations that have complex corporate structures work not only to line the pockets of owners, but also to shield them from injury and wrongful death lawsuits.

For instance, a typical nursing home profit is in the 3 to 4 percent range. However, in one example cited, owners of a chain for-profit nursing home in New York had stake in more than one type of industry and approved the nursing home’s contracts with their other companies – allowing them to siphon off a 28 percent profit margin, according to a judge’s findings of fact on financial records in a wrongful death lawsuit. Kaiser found that in 2015, nursing homes paid $11 billion to related companies – accounting for one-tenth of their total spending.

And as Kaiser noted, this kind of thing isn’t far outside the realm of the ordinary for these for-profit organizations. Further, the corporate structures of these for-profit businesses are designed to be confusing (Kaiser referred to them as a “constellation of companies”), with numerous firms having some stake in ownership and reaping the financial benefits, but few professing the level of control over operations that might make them liable for negligent care or failure to protect patients from abuse. Many of these nursing home corporations also have multiple layers, with a separate firms for “operations” and “property.” This reduces the liability risk – and was specifically recommended in a 2003 Journal of Health Law article to protect them from large negligence verdicts.

Why For-Profit Companies are Failing at Long-Term Care

Although there is nothing inherently wrong with turning a profit, issues inevitably arise there is an incentive to reduce the level of care of the elderly and vulnerable when it slices into the corporate surplus. Non-profit organizations tend to place high value on their underlying mission, and employees are working for a common cause. Corporations work for profits.

In 2015, researchers with the University of California San Francisco concluded that in that state (where 84 percent of nursing homes are for-profit) operate with lower staffing and more quality deficiencies (violations) as compared with non-profit facilities. In fact, facilities with the highest profit margins were noted to have the poorest quality of care. Despite this, government and business interests have supported the growth of the for-profit nursing home industry – to the disadvantage of non-profit organizations and home-based care services.

Study authors noted that for-profit nursing homes have crafted specific policies and strategies intended to improve their profitability, which includes minimum staffing levels, minimum training and minimum resources. They also actively try to bring in patients with acute and rehabilitative care needs because those patients have the highest government reimbursement rates – but they do so while still only providing minimum care levels (if that).

In another study published in 2016 by Marshall University found that 32 percent of patients in for-profit nursing homes were classified as requiring “ultra-high therapy” levels, compared to 18 percent in non-profit nursing homes. Further, patients in for-profit facilities had longer average lengths of stay than those in non-profit facilities (there is incentive to keep them there!).

Unfortunately, many families don’t have the resources to seek out non-profit long-term care facilities, which are becoming increasingly scarce. It’s estimated some 11,000 nursing homes (more than two-thirds of those currently in operation) are corporate for-profit entities, with owners who outsource a wide variety of services and goods to third-party companies they control or in which they have a financial interest. This can make nursing home injury litigation that much more complex and burdensome. It doesn’t mean these cases are impossible, but it does mean you will need an experienced and dedicated Boston injury law firm on your side to prevail.

One of the reasons breaking up the corporate structure is so successful for nursing homes is it makes identifying potential defendants more difficult. It can also make it tougher to collect from them even if you win. Those companies in charge of the nursing home’s “operations” are usually the ones with the smallest coffers, compared to the sister corporations. The related businesses are those that actually rake in the profits – and those entities may be virtually immune to litigation.

It’s important to point out: These jointly-owned limited liability corporations are totally legal. We see these same kind of structures in a broad range of other industries, like retail and food service. The problem is nursing home companies using this model tend to lag in quality. Kaiser found they had (on the whole):

Universally, researchers say, these nursing homes are reducing money from staffing to bolster profits. Kaiser’s review of federal regulatory inspection, financial and staffing reports revealed that on average, facilities that did business with their jointly-owned firms had 8 percent fewer aides and nurses. They were 9 percent more likely to have patient injuries or violations that placed patients in immediate risk of harm. They had 53 valid complaints for every 1,000 beds, compared to independent facilities, which had 32 per 1,000. Long-term care centers that outsourced services to its sister companies were fined 20 percent more for serious violations of healthcare as compared to those facilities that operated independently.

Anytime a loved one is hurt or dies, it can be devastating. But when you learn not only was it preventable but most likely driven by profit, it’s deplorable. Our dedicated injury attorneys will help you explore your legal options and ways to hold these facilities accountable.