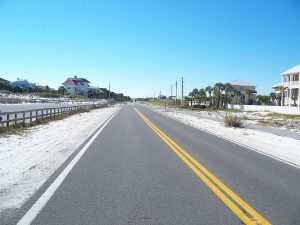 An early morning crash in Cape Cod sent two people to the hospital early Tuesday morning.   The crash occurred in the coastal village of Marstons Mills at Route 28 and Staysail Circle just after 6:30 am.  The Barnstable Police and Fire Departments were called to the crash scene at that time, according to Barnstable Police Sergeant Eugene Desruisseaux.

When police arrived on scene they discovered two people suffering from injuries inflicted in the accident.  According to firefighters on scene, one of the injured victims was sent to Cape Cod Hospital while the other victim was admitted to South Shore Hospital.  The second crash victim suffered injuries severe enough that they had to be admitted to a trauma center at South Shore.

This wreck remains under police investigation.  No details were offered regarding the cause of the crash or the identities of the victims.  The current condition of the injured individuals is not known at this time.

Our thoughts are with the victims of this early morning crash in Marstons Mills.  While it is never a good sign when a crash victim must go to a trauma center, we have not received any word at this time that the crash was life-threatening and we are hoping that no news means good news in this case.

In some cases, there is a clear case of negligence against the driver who caused the collision.  A person who fails to take reasonable car for the safety of others can be considered legally negligent.  Where negligence leads to serious injuries, a legal claim can and should be brought against the responsible parties.  At this time, we do not know who was negligent in causing this crash as the crash remains under investigation and few details have been released.

Personal injury claims are extremely complicated.  Before you take any steps to pursue legal action against a person who may be responsible for your injuries, it is imperative that you contact an attorney experienced in these matters.  At the Jeffrey Glassman Injury Lawyers, we know how to serious accident claims to ensure that your legal rights are protected.  Please call us today at 617-367-2900 for a free consultation.