END_OF_DOCUMENT_TOKEN_TO_BE_REPLACED

Monday morning, Rock Hill residents awoke to news that a school bus and a Sport Utility Vehicle had collided on the Interstate 91 south. The accident 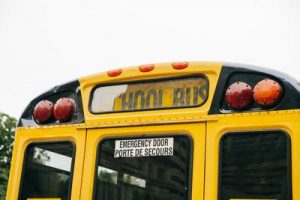 occurred on West Street before exit 23. Head injuries were reported requiring transport to the local hospital. The impact was severe, and caused great damage to the Sport Utility Vehicle. No word on whether there were occupants aboard the school bus, or who the injured parties were.

Families across the nation rely on school bus transportation for their children, and believe it is a safe form of travel. However, school bus accidents do occur and based on the reason for the accident, there are many entities who may be responsible for your child’s injuries. These include, of course the driver or the school district. But, the victim’s family needs to look further than that to the organization that owns the bus if the school is a private school. Sometimes, a school, whether public or private, will contract out the bus service. The contractor could be responsible in that case too. Even in that scenario the contractor may sub-contract the maintenance of the bus and that sub-contractor could be responsible for the injuries as well.

END_OF_DOCUMENT_TOKEN_TO_BE_REPLACED

The U.S. Census Bureau reports that as American families increasingly rely on dual incomes, childcare outside the home is the norm. In a typical week, 61 percent of children under 5 were in some type of regular child care arrangement, whether with a relative or in a daycare center.

We trust these individuals and facilities to provide the very best care for our children. At the very least, we expect them to keep our children safe. In fact, by taking on a supervisory role, they have  a legal duty to use reasonable care in shielding children from foreseeable harm.

Unfortunately, this is not always, and Boston day care injuries are far too common. 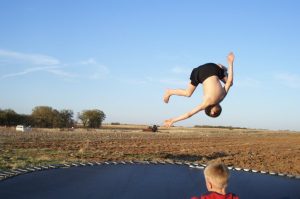 This is not to say that all accidents are the result of someone’s negligence, as children are after all children, and some accidents cannot be prevented. However, children cannot, by virtue of their age and inexperience, be expected to foresee all possible dangers. It is negligence if a foreseeable danger existed and the daycare worker or caregiver failed to take action to mitigate that risk. And of course, child abuse at a daycare center is not only criminal, it is a legal breach of duty of care, and may be actionable in civil court.  END_OF_DOCUMENT_TOKEN_TO_BE_REPLACED

Motorists are urged to use caution near stopping school buses this year. You’re being watched and failing to stop when school buses are stopped could come with a steep price. New programs are being tested in Seekonk, Quincy and Medford that equips local school buses with cameras that aim to catch motorists disregarding children safety, according to boston.com. The Mayor of Medford, Michael McGlynn says that he’s known that some drivers ignore the flashing lights and the stop signs on local school buses, but he never knew how common the problem actually was. Cameras have been installed on 18 buses in his city so far. One of the buses caught more than 100 violations in just 105 days of film. Motorist’s total lack of consideration for these young students increases the risk of an accident leading to severe child injury in Medford and elsewhere in Massachusetts.

Our Boston school bus accident attorneys understand the risks our students face on the school bus each year. Approximately 25 million students across the country ride the big yellow bus to and from school every year. Each school year we see a number of injuries and deaths of students from careless motorists. Drivers are asked to be cautious near buses on our roadways and near stopped buses that may be picking up or dropping off students.

This is the first entry of a three-part blog that will be focusing on our young students and their venture to school whether it is on the bus, by foot or on a bicycle. With the help of residents around the state, we can all help to reduce the risks of these preventable accidents.

According to the National Highway Traffic Safety Administration, there were nearly 150 people killed in school bus-related accidents around the country in 2005. There were another 11,000 people injured in these incidents.

The cameras that local officials are experimenting with on local buses are mounted on the bus’ extended stop-sign arm. They are aimed in directions that can catch a passing vehicle’s license plate information. Once a driver is caught by the cameras, the footage is then passed on to local officers who will review it to confirm that a moving violation did in fact occur. If the measure is passed on Beacon Hill and this becomes law, then the driver would receive a citation in the mail.

“It was far more than I expected,” said McGlynn . “I don’t think anyone had an idea that it was this severe.”

McGlynn believes that if that proposal becomes law, the revenue generated from these citations would be more than enough to help pay officers whose main focus would be to comb through the bus footage in search of violators.

To help keep children safe near our buses and to help you avoid a costly citation, you’re urged to follow these safety tips:

-According to Massachusetts state law, motorists are required to stay at least 100 feet behind a school bus at all times.

-Drive slowly, especially during school bus pick-up and drop-off hours. This is very important in areas that don’t have sidewalks.

-Keep an eye out for children playing around their bus stop.

-Remember that yellow flashing lights on a school bus means that it’s slowing down and is preparing to stop.

-Red flashing lights and the extended stop-sign arm means that the bus is stopped and is letting children on or off.

-Don’t start driving again until the stop-sign arm has folded back up into the bus and the bus begins moving once again.
END_OF_DOCUMENT_TOKEN_TO_BE_REPLACED

A student at Boston College was injured when a beaker exploded during an experiment, forcing the evacuation of the Merkert Chemistry Center, the Boston Globe reported.

The student was reportedly working alone in the lab with thionyl chloride — a substance used in organic chemistry experiments. A violent chemical reaction left her with cuts on her face and burns on her hands, according to a fire department spokesperson. The student, who recently completed her doctoral program, left the lab to get medical treatment while fellow students contact the Boston College police. The department summoned Boston firefighters. Earlier this year our Boston injury attorneys reported on our Boston Personal Injury Attorney Blog about the death of a Yale Student in a machine shop class.

In this case, fire crews and a hazmat team responded shortly before 11 a.m. and were on scene for several hours. The student underwent a decontamination shower in a mobile unit and was taken to St. Elizabeth’s Medical Center.

After her injuries, she reportedly put a towel on her cuts and drove herself home, which complicated decontamination efforts. Crews were also called to decontaminate her car and apartment.

A chemistry professor responded to the lab and told emergency crews to dilute the thionyl chloride with large amounts of water. Boston College also brought in a cleanup company. Cause of the action remains unclear. The chemical can react strongly to moisture and can be dangerous to humans if inhaled. The report said it’s uncommon for students to work alone in the lab but that department guidelines do not forbid it. Still, another graduate student said researchers are warned not to work with dangerous or potentially explosive chemicals by themselves.

In the April incident, a Yale student was killed after being pulled into a piece of equipment in the machine shop by her long hair. In the wake of the incident, monitors and machine shop supervisors were required to take a safety course and to be trained on how to deal with emergency situations.
END_OF_DOCUMENT_TOKEN_TO_BE_REPLACED