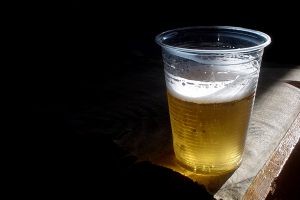 Shirley, MA (June 30, 2018) – The driver in a fatal crash that took place on Thursday in Shirley, Massachusetts has now been identified by police.  The crash happened Thursday night around 11:00 pm at 134 Great Road.  The accident involved two vehicles and both sustained heavy front end damage as police arrived on scene.

One woman was transported to the hospital where she later died from the injuries.  Police identified the driver who caused the collision as 39 year old Victoria Marble.  Marble was arrested on the scene and toxicology tests were administered.  She has since been charged with OUI, reckless operation of a motor vehicle and a marked lane violation.  The name of the deceased has not been released by police at this time.

END_OF_DOCUMENT_TOKEN_TO_BE_REPLACED

Shirley, MA (June 29, 2018) – One person was killed following a head-on collision in Shirley, Massachusetts Thursday night.  Local police responded to 134 Great Falls Road in reference to an accident with serious injuries around 11:00 pm.  Both cars involved in the crash were found to have heavy front-end damage.  Shirley police on scene noted it was “immediately apparent” that the accident was serious.

The injured driver was transported by paramedics to a local hospital.  Unfortunately, the driver later succumbed to their injuries.  Police arrested the second driver on scene although it is not known what charges that driver faces at this time.  Shirley police continue to investigate the accident.  The deceased individual was not immediately identified in the aftermath of the crash.