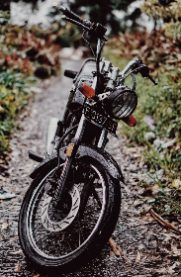 Late Tuesday, April 24, he was declared dead at the scene. The motorcycle he was riding was involved in a collision on North Road according to the Chilmark Police Department.

The crash scene was near North Road and Brickyard Road at about 7 p.m.

Murphy’s was traveling westbound on North Road, when it veered off the road running into a pole and trees.

The crash inquiry is underway. There is no further information at this time about whether another vehicle was involved.