Ludlow Police Department officers were dispatched close to 11 p.m. Friday night to a head-on collision on the bend of Center Street near Booth Street. The accident occurred between a 52-year-old male driving a 2014 Ford Edge and a 29-year-old female driving a 2012 Toyota Camry. Both drivers were from Ludlow. Both were 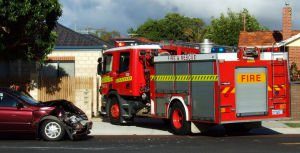 taken to Springfield’s Baystate Medical Center with serious injuries according to the Ludlow Fire Department. The Massachusetts State Police Accident Reconstruction Team was also at the area.

The situation is being reviewed by the Reconstruction Team in connection with the Hampden District Attorney’s Office and the Ludlow Police Department.