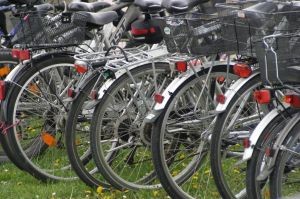 Harwichport, MA (June 28, 2018) – A bicyclist was injured in a crash with a car on Wednesday afternoon in Harwichport, Massachusetts.  The bicyclist has been identified as a female college student in town for the summer.  The crash happened on Route 28 when the bicyclist, riding the westbound lanes of the road, struck a motor vehicle trying to pull out from a nearby bank.  Emergency crews and police arrived on scene.   The bicyclist was transported to Cape Cod Hospital for injuries sustained in the crash.   The injuries are not believed to be life-threatening.

There are no further details surrounding the condition of the cyclist.  The motor vehicle operator was not injured in the crash.  Police have not said whether the driver or the cyclist had the right of way when the collision occurred. Police investigation remains ongoing.