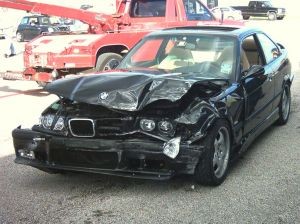 Worcester, MA (July 1, 2018) – An accident with injuries was reported to Worcester police around noon on Saturday, June 30th.  Reports indicate that the crash occurred within the Worceseter city limits in the 100 block of Gold Star Boulevard.   Gold Star Boulevard is located just off the downtown area in a busy section of the city.

Officers responding to this location found that multiple cars were involved in the crash.  Unfortunately, there were also injuries reported in the collision though the extent of injuries is unknown at this time.  Police have not determined a cause for the crash and will continue their investigation.  All involved in this accident cooperated with officers on scene.  This accident is filed under report number 2018000071367 with the Worcester Police Department.  No other details were immediately available as of Sunday morning.