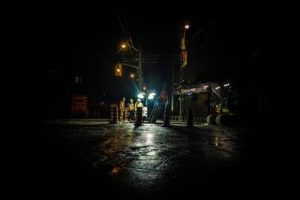 Injured on the Job

An injury that occurs on accident that occurs while engaging in job duties will first be handled by worker’s compensation. However, there are other factors to keep in mind while injured while engaging in job duties, whether on a job site or not. The New Bedford officer may have been assigned to handle traffic surrounding the construction site. Traffic duties will necessarily have inherent danger based on the vigilance of the vehicles being re-routed.

However, since the officer was on a construction site or work zone those in charge of that zone also had a duty to the officer. If it was the construction contractor or sub-contractor that was supposed to set up a safe perimeter and failed to do so which allowed for the officer to be injured in a car accident, then the contractor was negligent. Basically, anyone involved whose negligent actions led to the injury of the police officer can be liable to him in a Massachusetts personal injury lawsuit.

Aside from worker’s compensation, the officer may even be able to file a personal injury lawsuit against his employee and New Bedford if the department was negligent in training the officer to handle traffic flow around the construction site. If there was something unique about this area and road, which would put the city on notice that it was dangerous, and the city repeatedly failed to make the street safer, then the city could also be liable to the officer.

An injury while at work, on a private site in a city can include many factors and players. Therefore, it is crucial to contact experienced attorneys like those at the Jeffrey Glassman Injury Lawyers to properly analyze your cases and maximize your results. If you have been injured on the job and feel that a third-party is responsible call the attorneys today at (617) 777-7777.