No matter how well the visit to a prospective daycare facility goes, or how well trained the staff members seem to be, there is still some degree of anxiety experienced by most parents when they drop their child those first few times. 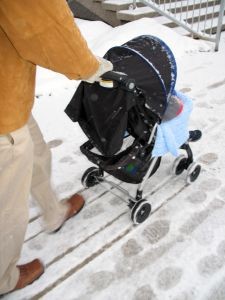 According to a recent news feature from NBC, a mother is questioning how her 2-year-old child was injured after an alleged fall accident at his daycare facility.  She is claiming that her child suffered a serous personal injury to his mouth as a result as result of this fall.

As our Boston personal injury attorneys have seen, dental injuries can be among the most painful and difficult to correct types of injuries.  In some cases, we are dealing the loss of one of more teeth, but in other cases we see extensive damage to the jawbone, and even severe nerve damage.  Many people do not realize the complexity of the human jaw and mouth and just how devastating an oral injury can be.

In the case of this alleged daycare accident, the mother wants to know exactly what happened.  She said her daughter is at the early stages of talking, but she is not able to describe how she was hurt and she wasn’t the daycare provider to explain what occurred.  She said as soon as she got home with the child, she saw that her lip was swollen and appeared bruised. She then opened the child’s mouth and saw severe bruising in her mouth and inside of her lip.

She did not personally pick up that child that day, as she had a babysitter do the pickup, but it seems that the daycare did not mention the accident to the babysitter either.  As most parents know, when there is any type of injury, they will typically be called and told over the phone what happened.  They will also be told that an accident report was generated, which they can see, and told whether or not they need to come and pick up their child.  There are probably very few parents who have not had this experience on one or more occasions while they had a child at daycare age.

This mother was very upset and went to the daycare center the next day and asked what happened to her daughter’s face. She was told the classroom teacher had created an incident report, when she asked why she was not notified, she claims they told her that the babysitter was not the child’s guardian, so they were not authorized to tell her anything about the child’s accident.

The daycare provider says this is not correct.  They claim that the mother was told what happened on the day of accident and the mother was given the incident report to sign, and she did in fact sign it that same evening.  The mother claims she did not sign the report until the following day after her child’s injury while at the daycare center. The mother also said she took her child to the dentist and was told the baby tooth will die and she will not get her daughter the child version a root canal.