Burns are among the most serious types of personal injury a person can experience.  There are various reasons for this.  One reason is that burns are often extremely painful, but they can destroy skin, tissue and even bone.  They can leave scarring and cause permanent disfigurement. 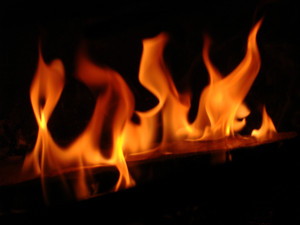 Aside from the pain and scarring, when a person has extensive damage or loss of skin, he or she is at significant risk of developing a serious infection, because the skin is the body’s best mechanism to keep germs out.

For obvious reasons, firefighters are a higher risk of suffering from burn injury than the average person, and that it was tragic, yet not surprising when a 27-year-old firefighter ran into a burning house and suffered serious burn injuries.  His lips, ears, eyelids and nose were severely burned.  He collapsed while in the fire and suffered massive burns to other parts of his body.

The reason his story made such big headlines is because after suffering from the horrendous burns when his face was destroyed, he underwent a series of surgical procedures that ended with him having the most extensive full face transplant known ever performed. This occurred in 2015, and it took a total of 71 separate surgeries to complete this face transplant.

Prior to having the full-face transplant, he had been suffering from extreme pain and had become addicted to painkillers.  He was also suffering from severe depression and lost his business.  He had a business as he was a volunteer firefighter and did not earn any money while running into those burning houses as he did his last day on the job.

He could not see because of the damage to his eyelids and always had to wear dark sunglasses to shield his eyes from the light.  He would wear a hat with a large brim to hide his face from others, so he would not have to listen to people talking about him.  He said he hated his life.  As our Boston burn injury lawyers have seen in many cases over the years, it is not uncommon for victims to become depressed as a result of the changes in their lives following a serious accident.

Now that it has been about a year since he completed all of the preparatory surgical procedures and then the 26-hour transplant surgery, he says he is doing great, according to a recent feature from TIME.  He has to take very powerful drugs to make sure his body doesn’t reject his new face, which was donated from another accident victim, but even that has been going well, and there has been no sign of rejection as of yet.  He also is able to go on vacation with his family and is even able to going swimming.  He had lived for nearly 15 years following his accident before having the surgery and suffered for much of that time.  Now he is enjoying time with his family and doing much better.   He said he can now walk around in public without people staring at him.

What Life Looks Like After the World’s Most Extensive Face Transplant, August 25, 2016, By Alexandra Sifferlin, TIME