Benda v. Catholic Diocese of Salt Lake City, a case from the Supreme Court of Utah, involves a 14-year-old student who was injured while working as part of the set crew on a play performed by the school’s drama department. The drama teacher told the student to climb a lift so that a light bulb could be changed. 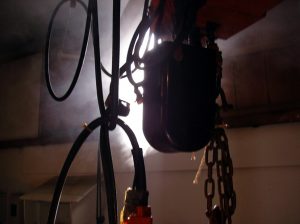 Once the student was in the lift, the teacher raised to into position, which was about 30 feet in the air. After the first bulb was changed, the teacher instructed other students on the ground to move the lift so the student on top could change another light bulb. At this point, the lift fell over and the student suffered serious and life-threatening injuries as a result of the fall from a serious height.

As our Boston personal injury attorneys can explain, the Commonwealth of Massachusetts does not generally recognize tortious loss of consortium claims filed by parents with respect to injured children.  The reason for this is because while parents do get enjoyment from their children and share a special relationship, the Supreme Judicial Court (SJC) held that a parent does not depend on that relationship of a child in the same way that a husband depends on a wife or a wife depends on a husband. It should also be noted that in the Commonwealth, you can file a claim for loss of consortium as a child that has a parent who has been seriously injured and there is a loss of the child-parent relationship.  While this may seem contradictory, the court reasoned that the child typically depends of having a relationship with the parent more than the parent relies upon the relationship with a child.

In this case, the question was whether a parent could file a claim for loss of consortium in Utah.  The trial court felt that there is not a way to bring such a claim because the statute preempted the filing of such a claim.  However, on review the state supreme court felt that the claim was not preempted by legislative action via the statue and the case was remanded for further proceedings consistent with its ruling.  This means that a jury would be able to hear the loss of consortium claim and make a finding as to whether or not the parents should be compensated for the damage to their relationship with the child.

Another type of claim that can be brought by a relative, typically a spouse, is what is known as negligent infliction of emotional distress to a bystander.  What this means is that if a relative is there to witness a horrific accident of a loved one, or in some cases, is there to witness the immediate aftermath of a horrific accident, that person may be able to recover damages on an indirect claim, even though they were not personally injured in the accident.