There are many things in a home that can injure children. Some are well known, and parents will take certain standard measures to prevent these household hazards from injuring their children. One obvious example is an electrical outlet, which parents typically protect with plastic safety inserts. Household chemicals can also be dangerous, especially when they are kept under the kitchen sink at height easily accessible to children.   To prevent children from getting poisoned or otherwise injured as a result of these chemicals being stored in the home, parents will typically place child safety latches on cabinets to prevent children from gaining access. 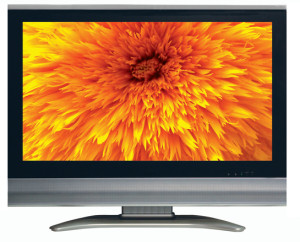 While these are two examples that most people know about, there are many other dangers to children in the average home that parents have no idea about. According to a recent news article from The Star, big screen televisions can pose a significant risk to small children (especially toddlers), depending on how the television is sitting in a room.

Recent studies show these large TVs are causing more head and neck injuries than in years past. Many of these TVs are placed on a dresser or other high stand. Children may be curious and try to climb the stand, causing the TV fall onto them. This has become so common that it is happening multiple times a day in the United States and Canada. Experts say the average large screen LCD TV falling on a small child could cause the same damage as could be done by that child falling ten stories. This is resulting in a significant number of head and neck injuries to children. While mounting a TV on the wall or otherwise securing it to the TV stand could seriously reduce the risk of a TV falling accident involving a small child, the vast majority of people with small children in the home take no steps to solve the problem, because most people are not aware of this risk. While many of the injuries that have occurred involved children suffering from head and neck injuries, there have been some fatalities involving massive head trauma.

When you speak with your Boston defective products attorney, you should discuss the issue of whether defendant took adequate steps to warn consumers of a known danger or danger the manufacturer should have known about.

One of the reasons these incidents are so much more common than they have been in years past is because these new large format devices are much more prone to falling over than much heavier older style televisions that would be extremely difficult for a child to topple over. If your child is injured by a falling television, you should contact a personal injury attorney to see if you have a valid case against the maker of the TV for failing to warn of a know danger. In some cases, you may also be able to file a personal injury suit against the store that sold the TV. This process is sometimes referred to as suing upstream and will provide more options for plaintiff.