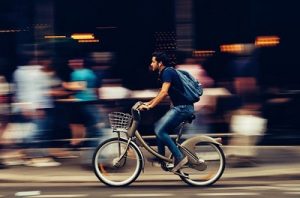 The responsibility for safety of bicyclists in our roadways rests mostly with the driver. This is especially heightened when there is a child riding the bike. The bicycle rider must, of course, also exercise care toward drivers.

In car-bicycle collisions there is more likelihood that both parties will be deemed partially at fault. It is a unique accident scenario. This means that both parties will have evidence against them that they were acting negligently. The injured party, however, can still recover. The damages award will just be reduced.

If you have been injured in a car-bicycle collision it is important to have the experienced Massachusetts personal injury attorney of the Jeffrey Glassman Injury Lawyers on your side. Call now at (617) 777-7777 to tell us your story.