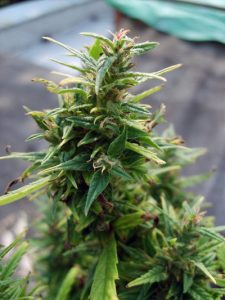 Medford car accident personal injury attorneys at the Jeffrey Glassman Injury Lawyers understand that their clients do not have to show that the driver was under the influence of a drug when the accident occur in order to win. The victim only has to establish that the driver’s actions were what caused the injuries. This usually means proving negligence. Demonstrating, through a police report or drug lab reports that the offending party had marijuana (THC) in his or her system will certainly help to establish that the driver did not exercise reasonable care while driving. Although marijuana use is no longer illegal in Massachusetts, individuals still must exercise care while driving and avoiding driving while intoxicated by the drug.

Marijuana dispensaries are one entity to look at for fault in some instances. Injuries from a car accident caused by someone who is high on marijuana that they just ingested at a dispensary could make the dispensary liable under Massachusetts law.