On Monday, Brockton Fire reported to a home kitchen fire. Several firefighters were on scene in the early afternoon. 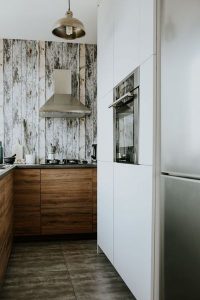 The fire charred most of the cabinetry and part of the exhaust fan over the stove. The home was located on Vine Street.

Brockton fire reports that the female occupant refused treatment for her injuries. There is no further information at this time as to the cause of the kitchen fire.

Accidental home fires can result in burns to the person or severe and harmful smoke inhalation. Although the accident occurred in your own home, there may still be third-party liability which would allow you to file a Massachusetts personal injury lawsuits. A kitchen fire victim would have to show that there was negligence by a third-party which was the cause of injuries sustained in the fire. If there was a death due to the kitchen or house fire, the lawsuit is known as a wrongful death lawsuit.

An injured party can look for fault in the actions of the product manufacturer (if a stove or other equipment fire). These manufacturers are required to sell only products that are safe for public use. There may be fault by the contractor that installed the equipment or appliance which was the cause of the fire. If you have sustained injuries due to a house or kitchen fire and believe it was the fault of an appliance improperly installed or malfunctioning, call the attorneys at the Law Offices of Jeffrey S. Glassman for a consultation. They can be reached at (617) 367-2900.