Seat belts will not prevent every injury in every car accident. They do however reduce the risk of injury and death. 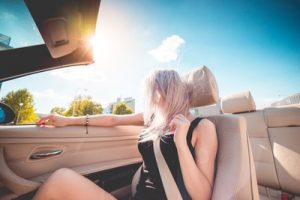 Sometime they fail to protect an occupant because of a defect or bad design. For example:

Latching and Unlatching in the Accident

Seat belts come undone during a car accident by simply being forced out of the buckle due to the speed of the collision. The forces that are placed on a vehicle in an impact collision result in the seat belt button collapsing and thereby unlatching the belt. The seat belt can also come undone because it was never properly in place to begin with. Some seat belts can look secure but never fully latch into the buckle and are thereby useless in a car accident.

Though the occupant was properly belted before the seat belt became unlatched, the police report will often list the occupant as being unrestrained. Cases involving unlatching that is inertial false latching frequently arise when either a surviving occupant insists he or she was belted or when other occupants confirm that the deceased occupant was wearing a seat belt.

During a car accident the seat belt may remain latched in the buckle, but still fail to prevent injury because it rips apart. The seat belt material is supposed to hold up to the intense forces of an impact collision. Tearing of the material happens if it is deteriorating to begin with, or the material used was deficient when installed.

If you or a loved one were in a car accident and your seat belt(s) failed to protect you from the impact, please call the Law Offices of Jeffrey S. Glassman at (617) 367-2900. We can listen to your story and determine if a personal injury lawsuit against the car manufacturer is right for you.