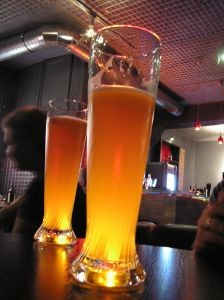 According to a recent news feature from CBS News, authorities have said that alcohol may have been a factor in a boat crash that injured 13 people.  Two of the people injured are said to have sustained critical injuries.  Witnesses say that all of the victims were on one boat on the Colorado River. While negotiating the waterway, the boat crashed into a group of large rocks.

Following the serious boat crash, EMTs, police, and firefighters arrived on the scene to offer assistance to the victims and transport those in need of medical attention to the hospital.  11 of the victims in the boating accident were driven by ambulance to local hospital.  However, two of the victims were seriously injured, and helicopters had to fly to the scene of the boating accident to airlift them to a local level-one trauma center for treatment.  While an investigation is still ongoing, authorities believe the operator of the boat was under the influence of intoxicating liquor at the time of the accident.

First, it should be noted that most people have insurance on their boat.  This insurance policy typically contains liability coverage in addition to collision coverage.  Many people who own a boat also own a home and at least one automobile.  Insurance companies sell what they call total coverage packages that typically include home owners’ insurance, car insurance, motorcycle coverage, and even boat coverage.

One of the things that makes a boating accident different from a car accident (aside from it involving water) is that, while many boating accidents also involving alcoholic beverages, it is generally not illegal to drink on a boat.  This is not only the case on commercial tour boats and cruises where alcohol is sold, but also on privately owned small boats. In fact, it is legal to drink alcohol on the boat while driving in many cases.  However, it is still illegal to operate a motor vehicle under the influence of intoxicating liquor or drugs.

Police who investigate Boston area boating accidents will typically try to inquire if the driver was under the influence of alcohol or drugs.  In some cases, the police will determine the driver had been driving, but was not legally drunk when operating the boat.  In this case, the driver is not likely to be arrested.  However, it should be noted that there is a different standard of proof in a civil and criminal case.  This means that even if a person was not arrested for operating a personal watercraft under the influence, you may still be able to file a civil personal injury lawsuit claiming negligence.