Fireworks are a lot of fun to watch, but it is best to leave the actual process of shooting off the fireworks to trained professionals with proper permits and fire department personnel standing by in the case of an accident.

In fact, fireworks are illegal in the Commonwealth of Massachusetts, unless being handled by a licensed pyrotechnician with proper permits for the city and Bureau of Alcohol, Tobacco, and Firearms (ATF). 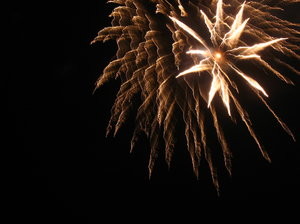 For this reason, our Boston personal injury attorneys urge everyone who is staying in town who wants to see fireworks next year to go down to the Esplanade on the Charles River and join the festivities. Unfortunately, as we can see from a recent news article from The Boston Globe, some people still choose to purchase illegal fireworks in states that sell them and take them back to Boston for an amateur display.

Authorities say a 9-year-old boy and his 5-year-old friend were both seriously injured while they were playing with a firework in the Dorchester section of Boston. The two young victims were playing with fireworks with other children when one of the fireworks exploded in close proximity to them. Both victims suffered serious personal injury to their faces and hands, but the older boy was much more severely injured. He is said to have had his hand blown off by the explosion.

Two witnesses said they were getting out of a car when they heard what the sounded like a bomb. They then saw two boys running past their car covered in blood. One of the women in the car said they boy appeared to be in an incredible amount of pain and one of his hands was missing.

She immediately called 911, but it took first responders about 15 minutes to arrive at the scene of this serious accident. By the time the ambulance crew had arrived, the boy was in his third floor apartment screaming in pain according to witnesses. The victim was asking if he was going die and asked where his arm was.

Police said the boy was playing with a firework called an “M16,” though they are not sure if that was the one that exploded causing him to lose his hand. However, it should be noted that based upon federal law, most firecrackers are identical in the amount of explosive material. Many fireworks are marketed as “M 80s,” “M 90s” and so on, but basically all consumer grade firecrackers contain 1.4 grams of explosive powder. In other words, regardless of whether the firecracker itself is large or small, the explosive force is the same. The reason for this is because federal law classifies anything with more explosive powder as an explosive ordinance or blasting device (mining operations) and requires special licenses and permits to possess.

In this fireworks accident, both boys suffered personal injury but have recovered from the accident. However, the older boy is now missing one of his hands. This is just one example of many fireworks accidents that occurred across the Commonwealth this holiday season.