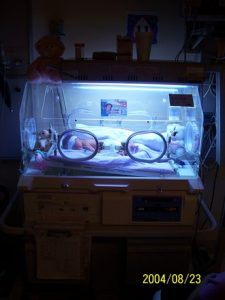 Every year, some 500,000 infants in the U.S. are born premature. Of those, 60,000 babies are born weighing less than 3.3 pounds. Unlike in decades past, most of these babies will survive. However, preventing brain damage in these infants is often a challenge. So while these children are living, the rates of developmental disabilities and cerebral palsy stemming from brain injury are on the rise. END_OF_DOCUMENT_TOKEN_TO_BE_REPLACED