The rock-and-roll singer Meat Loaf says hotel chain Hyatt Corp. is to blame for a fall off a raised stage at a horror convention that has left him unable to perform. 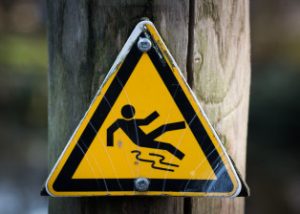 Meat Loaf, whose real name is Michael Lee Aday, claims in a lawsuit filed Jan. 13, 2020, in a Texas state court that Hyatt hung curtains from the back of the stage that hid where the stage ended and created a hazard.

Even though the lawsuit was filed in a Texas court, the case is typical of a premises liability lawsuit.

Premises liability is the term used to describe a personal injury case in which the injury was caused by an unsafe condition on someone’s property. Individuals and companies that own and rent property have a duty to maintain the property in a reasonably safe condition.

Fall from the stage

Aday, 72, says he was hired to perform at a convention known as “Texas Frightmare Weekend” in Dallas in May 2019.

A business entity known as Texas Frightmare Weekend LLC organized and marketed the convention, which was held at a Hyatt in Dallas, and sold tickets and space to vendors, the complaint says.

Texas Frightmare Weekend is named as a defendant in the lawsuit. The complaint says the company operates annual celebrity autograph events and is billed as “the premier horror convention in the southwest.”

When the accident occurred, Aday says he was participating in a question-and-answer session with fans on a stage.

During set up, the defendants had hung curtains from a tall frame at the back of the stage, and the curtains concealed where the stage ended, the suit says.

“One section of the curtain was pooled on top of the stage and suspended over no foundation, giving participants the false appearance that it was an extension of the back part of the stage,” according to the lawsuit.

When he walked on the stage, Aday says “he put his foot down on part of the curtain that had nothing beneath it” and fell off the stage.

He claims the defendants were focused on the profits they were set to make from the event and failed to provide him and the other participants with a safe environment.

Aday claims he sustained serious injuries to his neck, collarbone and shoulder in the fall and has been unable to continue performing.

He says he continues to participate in physical therapy for his injuries.

Aday alleges that the defendants failed to place any warning tape on the stage or railing or safety barrier to prevent participants from falling off.

“Defendants’ negligence in setting up the stage created a ‘trap’—a hidden hazard to people walking about the stage, making it foreseeable that people may fall off,” the suit says.

The lawsuit asserts claims for negligence and premises liability.

Aday alleges that the defendants acted negligently by:

Aday maintains that the defendants knew or should have known about the danger of the stage and the inadequacy of its safety measures.

He says they should have warned him about the dangerous condition or made the stage safe by:

Aday says he has suffered a long list of damages, including past and future physical pain and suffering, mental anguish, medical expenses, lost wages and loss of earning capacity. He says he is entitled to compensatory and consequential damages, interest and court costs.

Aday says he is suing to recover money for his damages, as well as “to send a message that in the future, the defendants must do their job and put safety first.”

The rock-and-roll singer and performer is best known for his Bat Out of Hell album, which was released in 1977 and is one of the world’s bestselling albums. He has performed in more than 100 movies and television shows, including the cult classic Rocky Horror Picture Show.

Consult with a premises liability attorney

To be successful in a premises liability claim, a person must establish that he or she was owed a duty of care, the duty of care was breached and the negligent breach of that duty caused the person’s injury. Because these cases are complicated, it’s best to consult with a premises liability lawyer as soon as possible after an accident on someone else’s property.

The personal injury attorneys at Jeffrey Glassman Injury Lawyers have successfully handled slip-and-fall and trip-and-fall cases on behalf of individuals in Boston, Brockton, Cambridge, Lawrence and other areas of Massachusetts.