There’s going to be thousands of elementary and middle school students who will be celebrating this year’s Walk and Bicycle to School Day. This year’s program will include a number of events coordinated though the Commonwealth’s Safe Routes to School Program. Students are encouraged to join in on the 2nd of May! 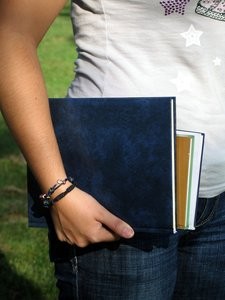 In 2011, there were more than 160 schools from across the area that took part in the event, making it the largest one on the books. Since then, the Massachusetts Department of Transportation‘s (MassDOT) Safe Routes to School program has added more than 100 new schools to its list. In the program, MassDOT officials work with school staff, students, parents and local law enforcement officials throughout the Commonwealth to help to promote biking and walking to school. With help from the community, this program pushes to make biking and walking safer and reducing the risks of pedestrian and bicycle accidents in Boston and elsewhere.

Our Boston pedestrian accident lawyers understand that only about 15 percent of students walk or bike to school. During the morning rush hour commutes, more than 10 percent of the traffic is school-related traffic. This causes some congested roadways and a significant increase in air pollution. MassDOT has been organizing the statewide Walk to School Day since 2007. This campaign was designed to help to encourage our young ones to get out, get healthy and to encourage healthy choices.

“The Massachusetts Department of Transportation is committed to building infrastructure improvements near and around our community schools so that children can safely walk or bicycle to school,” said MassDOT Secretary and CEO, Richard A. Davey.

There were nearly 250 pedestrians who experienced severe or incapacitating injuries in traffic-related accidents in the state of Massachusetts in 2008, according to the Executive Office of Public Safety and Security.

There were 10 cyclists killed in the state of Massachusetts in traffic-related bicycle accidents in 2008. According to federal statistics, about a third of all bicycle accidents are the result of a motorist hitting a bike from behind or failing to yield. About 90 percent of these accidents occur at intersections of in driveways.

While we’re promoting riding, biking and walking to school for our young children, it’s important for parents and guardians to talk with their school-aged children about the importance of safe traveling habits. Traveling near motor vehicles needs to be taken seriously. Children should know to look both ways before crossing any street, to always cross at a crosswalk or at a street corner, to wear bright colored clothing to be seen by motorists, to make eye contact with drivers before crossing the roadway and to never walk alone at night. By reviewing just a few simple safety rules, we can help to keep our kids on a safe and healthy track to school.

If you or your student has been injured or killed in a pedestrian or a bicycle accident in Boston or elsewhere in the state, contact Massachusetts Car Accident Lawyer Jeffrey S. Glassman for a free and confidential appointment to discuss your rights. Call (617) 777-7777.