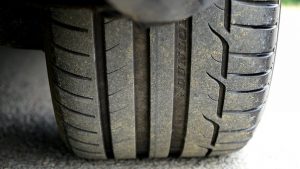 We continue to hope that those responsible for hitting and injuring Mr. Bozzo are swiftly found and brought to justice.  In Massachusetts, a driver who commits a hit and run is facing stiff criminal penalties, including fines and jail time.  Additionally, the driver also faces civil penalties in the form of a civil lawsuit and monetary compensation to those injured by their actions.  In this case, it is too early to tell if Mr. Bozzo will elect to pursue a civil remedy, however it seems to be a legitimate possibility given the facts of this case.

Hit and run accidents are very serious and can be catastrophic.  They represent some of the most reckless and dangerous types of activity that we see on our roadway.  They are also evidence of a complete disregard for other motorists safety and livelihood.  In these types of cases, a personal injury lawyer may seek a higher compensation award and could ask for what is known as punitive damages against the person that hit you.

If you have been involved in a hit and run case, you could be entitled to compensation.  You need an attorney with the experience and toughness to bring these difficult cases to a positive conclusion.  At the law office of Jeffrey S. Glassman, our team stands ready to help you.  Please call us today at 617-367-2900 for a free consultation.