New details have been released on the Quincy accident that saw a car crash into a Quarry Street home on Sunday.

Initially, it was reported that only one vehicle crashed into the building. However, an additional vehicle also crashed into a home on that night. They were a 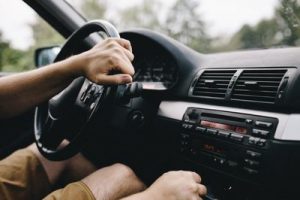 Chevy pick up truck and a Pontiac Sport Utility Vehicle.

The accident resulted in occupants of the home having to be relocated due to the level of damage. A government official from Quincy decided that the home was not habitable after all, cutting the power and gas.

The cause of the accident was revealed to be a medical problem that preceded the first driver’s impact into the second car, which ended with both vehicles crashing into the home. The second driver, also a male, sustained no injuries.

Medical conditions that case car accidents are not issue that are unknown. Typically, the driver knows or should have suspected that they have a preexisting issue that may make it unsafe to drive. These kinds of problems include diabetes, heart problems, being prone to seizures, and eyesight issues. This does not entirely preclude someone from driving, it just requires a driver to take extra precautions when driving depending on the impairment.

Preexisting medical conditions can further complicate a car accident scene because such conditions are not so readily apparent. Often tests need to be conducted, and that is only if someone at the scene has reason to believe a medical test will provide answers. Even if a medical condition flares up while driving, there may be intervening causes that are the actual reason for the accident. This would mean that if the medical condition flare up was not too great and an intervening condition existed, that condition would be the main factor in the accident. In either scenario, the driver would be likely at fault and liable to any injured party for medical expenses, lost wages, and possibly punitive damages.

If you have been involved in a car accident and you are not at fault, please call the Jeffrey Glassman Injury Lawyers at (617) 777-7777 to determine you rights.