There is no question football is a dangerous game. Every time your child puts on his uniform and steps on the field, there is always a risk that he could be injured. Sometimes, we are talking and sprains and bruises or even broken bones, and other times we are talking about serious head and neck injuries. The fact that tackle football is so dangerous is the reason the school requires parents to sign a waiver stating they understand what could happen and assume the risk of an injury. 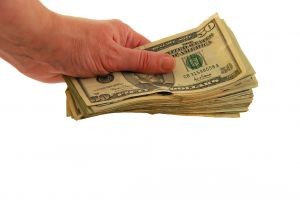 Assumption of risk is a common defense to cases where a victim is injured while doing a potentially dangerous activity, and releases are commonly required. Every time you do certain activities, like skiing, sky diving, and going on certain amusement or a water park rides, you have to sign a waiver. When you go skiing, the lift ticket you clip on your zipper contains a lot of fine print that constitutes such a waiver.

With that in mind, if you engage in such an inherently dangerous activity and are injured in predictable manner, you may not have a personal injury case, because you are said to have assumed the risk. However, this is not the case if you are engaged in one of these activities and are injured in a manner not consistent with the inherent dangers of the activity. For example, if you are skiing and you hit a wrench dropped in the snow by a chairlift mechanic, you might very well have a case, because that is not an expected danger when skiing.

According to a recent article from Bay News Nine, a school board has just agreed to settle a personal injury case involving an injured high school football player for $2 million.

Victim was a star player on the varsity team before suffering a serious brain injury. He was on the field getting ready for practice by doing some warm ups, and, as part of the warm ups, he would quickly fall to the ground. When he did this, he hit his head on a metal piece of equipment that had been accidentally left on the field. A team trainer looked at him quickly and then left him alone in the team training room. At this point, he was allowed to drive home. As soon as he got home, his family was immediately concerned something was not right with victim.  When his family drove to the hospital, he was diagnosed with a severe brain injury and was in a coma for nearly two weeks through two major brain surgeries. Doctors did not think he would make it, but luckily he did. However, he now lives with a deformed skull, a metal plate in his head, and long-term rehabilitation to get back to the way things were before the tragic brain injury accident.

Our Boston brain injury plaintiff’s attorneys routinely see cases where medical bills and rehabilitation expenses are what many would consider astronomically expensive. The best thing you can do is to speak with an attorney before speaking with defendant’s insurance company.