Proving negligence in a sidewalk slip-and-fall case can be challenging due to a myriad of factors. 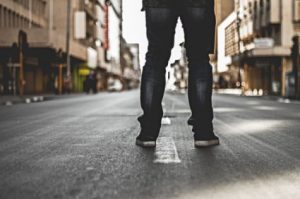 The first reason is that, more often than not, you’re dealing with a public entity, with all of the legal hurdles that entails (i.e., sovereign immunity, etc.).The second reason is that you have to prove the defendant had actual or constructive knowledge of the defect. That means the defendant was either informed of the actual flaw or that the defect existed for such a length of time the defendant, in using reasonable care, should have learned about it.

Although we don’t tend to think of trip-and-fall negligence cases as requiring an expert witness as we would for, say, a medical malpractice lawsuit, it’s something that may need to be considered.

The case of Bernardoni v. City of Saginaw is a cautionary tale in this regard. This was a recent Michigan Supreme Court case in which plaintiff was seriously injured after tripping and falling face-first onto the sidewalk after unexpectedly encountering a 2.5-inch deviation in the height of two adjacent concrete slabs.

According to court records, plaintiff alleged defendant city was liable for her injuries in an exception to governmental immunity because it failed to maintain the sidewalk in reasonable repair.

To support her assertion, she provided several photographs, taken by her husband 30 days after the fall, that show the sidewalk defect where she fell.

State law in Michigan, were this trip-and-fall injury occurred, requires that in order to show constructive knowledge of a highway defect, plaintiffs have to prove it existed for at least 30 days prior to the accident.

The photographs in this case do show the sidewalk is defective, and there is a ruler held up to show the depth of the discontinuity between slabs.

Unfortunately for plaintiff, trial court found these images alone insufficient to prove how the defect got there or how long it had been there. Photos taken 30 days after the accident didn’t on their own prove the defect existed 30 days before the accident. Defense motion for summary judgment was granted.

That ruling was reversed by the state appellate court, which held in an unpublished opinion that there was a high unlikelihood that the slabs would shift or wear or accumulate debris with such speed that a condition readily apparent 30 days after an accident wouldn’t have been there 30 days prior to it.

However, the state supreme court reversed.

Usually, the question of whether a defect existed for a certain length of time is an issue of fact, not one of law. That means it is to be decided by the jury, not the judge. Here though, defense argued there was not material issue of fact as to how long the defect had existed because plaintiff hadn’t presented any evidence  – aside from these photos – to show proof the flaw existed two months (60 days) before the photos were taken.

Justices ruled that the photos only show the defect from several different angles and show the size of it. The appellate court’s ruling that the size of the defect was enough to infer it had accumulated over time was improper and amounts to mere speculation. Now, if plaintiff had presented expert witness testimony to talk about the type of defect, how it could have formed and how long it would have taken to form, then she would have provided sufficient evidence to survive summary judgment.