Boston Attorney and Harvard Law professor Alan Dershowitz, best known for his role on the O.J. Simpson defense team during the world-famous murder trial, is making headlines once again. This time, according to a recent news article from The Boston Globe, Dershowitz is suing the TD Boston Garden arena where the Boston Bruins and Boston Celtics play for alleged negligence involving a slip and fall accident. 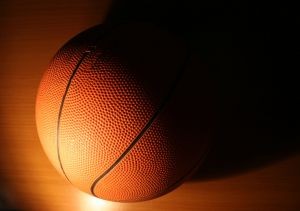 Through his complaint, Dershowitz alleges he was at the arena while attending a Boston Celtics game nearly three years ago. While at the arena, he went to use one of the bathrooms in the facility and slipped on an allegedly wet floor near the sinks and fell to the ground, injuring himself. He is blaming the hazardous condition of the floors on the arena operator’s failure to adequately supply the bathroom with paper towels.

His complaint further alleged that the potentially thousands of men who used the bathroom in the roughly 60 minutes prior to his fall had washed their hands and had no paper towels available on which to dry them. As a result of having no paper towels, these men had to allow the water to drip off onto the bathroom floor or to “shake” the water off onto the floor, causing it to be wet and, therefore, hazardous to people walking in the bathroom. The author of the article attempted to contact a spokesperson from arena management, but they declined to make any comment, due to ongoing litigation regarding the matter.

Court records indicate Dershowitz slipped on the allegedly wet bathroom floor, causing him to fall violently to the hard surface at the time of his personal injury. During this slip and fall, Dershowitz alleges he twisted awkwardly and suffered a personal injury to his right knee, leg, and his back. He is currently 76-years-old and has held season tickets for the Boston Celtics since 1965.

Dershowitz said he filed the lawsuit because the statute of limitations was about to expire, and he had been unable to negotiate an acceptable settlement with the area or its liability insurance company. He said he is personally unaware of the state of negotiations, because he hired a former law student to handle the matter in Suffolk Superior Court.

As our Boston personal injury attorneys can explain, it is essential that you contact a lawyer as soon as possible after your accident to avoid any missed deadlines or issues with the applicable statute of limitations. In ordinary negligence cases, the statute of limitations for filing a personal injury lawsuit is three years, but the period can be much shorter in certain cases. For example, if you intend to file a lawsuit under the Massachusetts Consumer Protection Act (MGL 93A), there is a requirement to file a timely demand letter prior to filing any case, and this must be done before the statute of limitations expires. Many cases fall under this statute, and, if successful, you could be entitled to recover triple damages. Medical malpractice cases also have additional requirements prior to filing, including the use of a claims review board.