While everyone is familiar with the video sharing site YouTube, you may not be aware that some people have formed bands that are popular enough to attract fans to concerts they promote themselves via social media.  According to a recent news feature from New York Magazine, two 16-year-old twins who have been making music videos online decided to hold a concert for their fans. 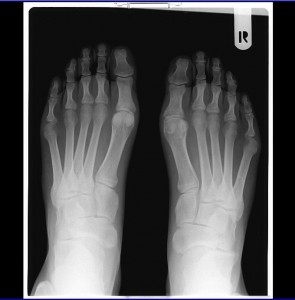 Their fans consist mainly of girls between the ages of 11 and 15.  Their concert was held at a venue they booked, and, at one point during the show, one of the teen performers decided to take his shirt off to show off his abs to his screaming fans.  Witnesses say fans were so excited by the performer taking his shirt off that they started to basically stampede towards the stage to get a better look, and that resulted in 28 people being injured.

When police and EMTs arrived at the scene of what had technically become a mass casualty scenario, they found fans suffering from hyperventilation, with broken and bloody noses, injuries to their feet and ankles consistent with being stepped on, and other types of personal injury.

While there is no telling how often a YouTube concert happens or if any of them end in many people being injured, injuries at night clubs and concert venues do happen on a regular basis.  In some cases, you have a valid claim against the operator of the event venue or even the promoter of the event.

As our Boston personal injury lawyers can explain, in Massachusetts, the Supreme Judicial Court (SJC), which is our state’s highest court, has simplified premises liability as compared to other states. Under the British common law, there was a distinction between business invitees, social invitees, and licenses.  These terms, along with a few others, describe the reason the victim was on the property at the time he or she suffered a serious personal injury.

However, in Massachusetts, the court decided to do away with these complex categories and decided that there should be a standard duty of care that is similar in every personal injury case based on a theory of negligence.  Under the implied system, all landowners have a standard duty of care to act in a reasonable and prudent manner so as to prevent harm to foreseeable persons and property.  With respect to trespassers, there is generally no duty to protect persons unless the defendant has reason to know these trespassers will be there.

This is the concept of a known trespasser.  An example of where they can occur is a situation where a defendant creates or maintains what is known as attractive nuisance.  An attractive nuisance is a dangerous situation that is attractive to potential victims. For example, a pool that is not fenced in might be attractive to neighborhood children.  If the landowner has reason to know these potential victims will use the pool without supervision and someone is injured, this might be a basis for liability.

28 People Were Injured Because a Teen Star You’ve Never Heard of Took Off His Shirt, June 6, 2016, NY Mag, By Anna Silman