We have been hearing a lot on the news these days about a increase in the number of shark attacks at beaches along the east coast of the United States. While some say they are not going to change their summer plans to the hit the Cape and other beaches, many are reacting to fears of increased shark attacks. However, according to a recent news article from Sporting News, a woman is suing the Miami Marlins Baseball Club for injuries she sustained in what is being called a “fake shark attack.” 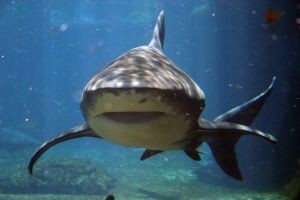 According to her complaint, she attended a game at Marlins’ Park in 2013. As the team does at every home game, the “Great Sea Race” was held, in which mascots wearing foam and rubber costumes depicting various sea creatures run around the warning track in a foot race, and sometimes they engage in various other stunts or antics to amuse the crowd.

During the Great Sea Race, run during the middle of the sixth inning at a game between the San Diego Padres and the Miami Marlins, Bob the Shark pretended to attack a woman in the crowd. That woman was the plaintiff in this lawsuit. She said after the foam and rubber jaws clamped onto her head and neck, she began to experience pain. She said she immediately felt pain when the shark costume hit her skull and reported the incident to Marlins’ Park staff as soon as her injury occurred. The pain in head and neck did not go away the next day, and, in fact, got worse according to plaintiff’s complaint for civil negligence involving a personal injury.

At this point, approximately two years after the date of what people are calling the fake shark attack, plaintiff says she is suffering from permanent and severe personal injury to her head, neck, and back and is seeking damages in an amount in excess of $15,000 and has specifically listed that she incurred around $86,000 in medical bills as result of the accident. It should be noted that defendant has not been found liable for any injuries to plaintiff as of the time of this article, and will not be liable unless and until they are found to have been negligent by a preponderance of the evidence following a jury or non-jury trial.

As our Boston personal injury attorneys can explain, reporting an accident immediately after it occurs is one of the most important things you can do to maximize the chance you will be able to obtain a full and appropriate financial compensation for your injuries.

Aside from helping to make sure you obtain the medical assistance to which you may need, filing an immediate report of an accident will make it much more difficult for a defendant to claim they were not the cause of your injury. In the case of soft tissue injury to the back or neck, the pain may not become fully apparent until one or two days following the accident. It may even feel okay at first and then get worse over time. These types of injuries are not the same as broken bones and other forms of severe trauma where the pain is obvious from the moment an injury occurs. However, this does not mean soft tissue injuries are not as painful, and, in reality, they are often far more painful and debilitating in the long run.