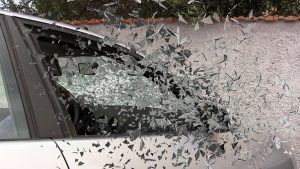 On June 13, a car accident involving two vehicles was reported to the Boston Police Department. The accident was called into the police around 6:10 in the evening, and emergency crews were sent to the scene shortly afterward. Officer Maria King was one of the first to arrive and secure the scene but was soon joined as other emergency authorities arrived to provide support.

The accident occurred at Harvard Street. Upon arrival at the accident, first responders discovered that several of the individuals involved in the accident had been injured, and medical care was given to these individuals at the scene by EMTs. The extent of their injuries is still being determined, but no fatalities were reported. Statements were taken at the scene from those involved as well as witnesses, and the accident remains under investigation. As of posting, the names of those involved has not been released to the public.

Car accidents that cause injuries can often happen when we are not expecting them, and they can cause injuries that change victims’ lives in many negative ways. Car accidents that involve more than one vehicle can be especially incapacitating as they can affect multiple people at once. The consequences of reckless driving can be severe, and it is vital for all drivers to remain attentive when they get behind the wheel.

Accidents can happen on any type of road, and this should remind us all that accidents are a serious matter. We should always keep in mind that our actions when behind the wheel could end up causing severe problems. Injuries sustained in vehicle accidents can leave victims suffering for years after the fact. When people are injured, they can see recovery so they can heal and move ahead with their lives.

As committed members of the community, we are serious about raising awareness on the negative impacts of reckless driving.  At the Law Offices of Jeffrey S. Glassman, we know that some car accidents can leave victims with critical injuries. We are also aware that car accidents cannot be completely avoided despite everyone involved best efforts, so we are dedicated to helping victims receive assistance to move forward with their lives and be able to return to what they love.