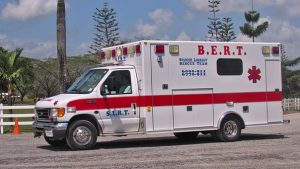 A perfect example of what can go wrong can be seen in what some would claim is a typical car accident. In this example, a plaintiff is stopped in traffic and the car behind her rear-ends her vehicle.  There is enough force to deploy the airbags, and she is suffering from extreme pain in her neck.  While the human body is very resilient, we tend to see a lot of injuries to the C-5 and C-6 discs of the cervical spine. This is the part of the spine located in the upper back and neck, and these injuries are what we commonly refer to as whiplash. While many like to joke whiplash is not a serious injury, this could not be further from the truth.  An injury to the cervical spine can result in serious and permanent injury.  Following the accident, plaintiff will be taken to the hospital and receive an X-ray.  She may be given pain killers and told to follow-up with physical therapy.  Some attorneys will rush the settlement through because they fashion a demand complete with the emergency department bills, a few doctors bills and the special damages associated with physical therapy or chiropractic care.  However, in order to get any money, client will need to agree to the settlement amount and sign a general release of liability and waiver of any future claims connected with the accident.

As a good personal injury lawyer can explain, if the patient is not finished treatment, and the pain gets worse, there is nothing that can be done legally at this point in terms of more damages because the plaintiff has already signed a release. There have been cases where the neck pain continues to get worse and much more advanced techniques are needed, like spinal surgery or even a spinal fusion.  This can cost a significant amount of money and it will also leave you unable to work for a very long time, even in the best cases. If you accepted a quick settlement, there might not be anything left to do but hope your health insurance will fully pay for any needed medical procedures and future rehabilitation. There will also be the issue of lost wages, as people end up leaving a job and missing work for months following a spinal fusion.

In a recent news article from the Stuanton News Leader, a man has just completed the Boston Marathon after his partial recovery from being hit by a bus. This man was running one morning when he was hit by a bus.  He suffered a massive head trauma and he was not expected to live.  After emergency brain surgery and weeks on a ventilator during which time his family did not know if he would ever wake up, he started making a recovery.  Things were going well, but he suddenly passed out months later and it was determined through a second surgery that his brain was still bleeding.  Doctors decided to perform a third surgery in which they drilled a hole in his skull to release the pressure.

He is now able to train and run in a marathon. But he is not able to remember what he did yesterday.  While his long-term memory is intact, and he can remember buying his first car in the 1960s, he cannot remember buying the vehicle he currently owns. This type of memory loss is common in serious cases of traumatic brain injury (TBI).  He also has a type of aphasia where he cannot understand or express speech as defined by the National Institute on Deafness and Other Communication Disorders, which is a division of the  National Institutes of Health (NIH).

In one example, he wrote down what he needed to pick up at his local hardware store because he knew he would not remember. But he needed paint brushes and instead wrote down wall badges. Due to his aphasia from his personal injury resulting in a TBI, he could not properly write down he needed paint brushes, and he could not remember what he needed to purchase.  It took him two days to solve this riddle so it is not hard to see how someone who suffered a traumatic brain injury following an injury accident in Boston would have trouble going back to work.

The cost of all of these surgeries, rehabilitation, and special accommodations for his new way of life could cost hundreds of thousands of dollars.  If someone in his situation was not at-fault in the accident and settled the claim after the first surgery,  he would likely be in situation in which nobody wants to find themselves.

The best thing you can do to avoid such a predicament is to speak with your prospective attorneys about how they handle cases like yours.  You also want to make sure they will truly fight for your right to a full and appropriate financial recovery and treat you with the dignity and respect you deserve during the entire course of your representation.

If you have suffered personal injury in Massachusetts, call the Law Offices of Jeffrey S. Glassman for a free and confidential appointment — (617) 777-7777.

Hit by a bus so hard he can’t remember it, but 6 months later he ran Boston Marathon, April 19, 2018, By Patrick Hite, Staunton New Leader,