As the weather gets colder, many people will be getting their equipment ready and heading to slopes for skiing and snowboarding this winter season.  Many will go to the various ski resorts in Massachusetts and many more will head to the bigger mountains in Vermont and Maine and other parts of New England. 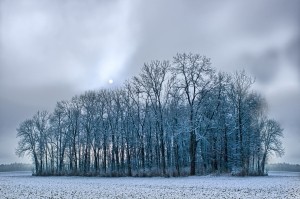 In fact, skiing and snowboarding are so popular for residents of Boston that ski resorts regularly advertise in the city and even organize bus trips for people to get up to Maine or Vermont to ski and enjoy the day or weekend before being brought back to the city.  While this can certainly be a lot of fun, skiing and snowboarding pose some degree of risk and a lot of accidents will happen that are nobody’s fault.

On the one hand, there will likely be accidents that are a result of negligent conduct on behalf of the mountain owners and its employees. If you were injured in a ski resort accident and are not sure if it was due to negligence of the resort owners, you should speak with an experienced Boston personal injury lawyer to see if you have a valid claim for a full and appropriate recovery.

According to a recent news article from Fox News, 15-year-old girl was serious injured in a snowboarding accident, and doctors predicted that she would never walk again.  However, it seems that they were happily proven wrong, as she is recovering far better than they expected.

The accident occurred when she fell while snowboarding and broke both legs and arms. While this is certainly not anything that someone would want to experience, it is not typically the kind of accident that would result in paralysis.  However, when rescue workers tried to assess her condition, they noticed that something else was seriously wrong.  While it was obvious that her legs and arms were broken based upon their position, she was asking them to take her snowboard off and move her legs to a more comfortable position.  However, they informed her that the board was already off and they were currently moving her legs.  She had no feeling in much of her body.

When she was scanned at the hospital, surgeons told her parents that multiple vertebrae in her neck were broken.  Based upon the particular part of her spine, they assumed she would at least never walk again and would likely be a quadriplegic.  She was understandably distraught and said there was more than one occasion when she wished she had died in the accident.

However, after three months of recovery and physical therapy, she was able to move her toe, and that was an amazing sign. In a few more months, she was able to stand again.  Now, she can walk and has been trying to learn to run again.  She said she can run now.  While it doesn’t look great and isn’t that fast, the fact that she can run again is somewhat of a medical miracle, according to her doctors and family.  She still has some loss of feeling on the right side of her body, but expects that, in time, that will heal too, and she will be a rock climber again in the future.