There is no question that it is dangerous to drive a car while using your smart phone.  Whether you are sending a text, reading a text, checking your email, or doing any number of other things on your phone, you are statistically much more likely to be involved in a car accident that is your fault than if you are not using your smart phone while driving.  For this reason, many car accidents claims are filed against the drivers of these accidents. 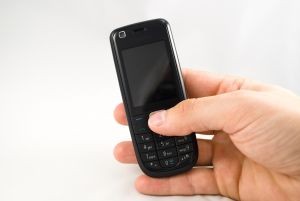 However, according to a recent news feature from Inside Counsel, a trade publication for attorneys that work as in-house counsel for large corporations, victims of distracted driving car accidents are now filing lawsuits against the makers of specific apps that are alleged to be more dangerous and more likely to be the result of a distracting driving accident.

One of these apps discussed in the accident is Snapchat.  Many are familiar with Snapchat, which allows users to send messages and often pictures to another person that are supposed to erase themselves a short time after being viewed by the recipient. Basically, the recipients are supposed to see the picture, but not keep it.  It should be noted that there are ways that a recipient can save a particular image despite the sender’s intent that the recipient not do so.

In addition to just taking a picture and sending, users of Snapchat have the ability to use various filters that are part of the app.  This allows them to alter the image or tag it in certain ways.  One of these filters uses the phone’s GPS to determine the speed at which the vehicle is traveling and superimpose that speed on the image before sending it to the recipient.

As noted in the article, this has resulted in various accidents, and since the app is basically encouraging these negligent accidents, there have been many Snapchat lawsuits filed in Boston and across the country in which the app maker is named as a defendant in addition to the driver of the car.

One of the reasons this can benefit a plaintiff or the family of a plaintiff who was killed in the tragic app-related accident is because the maker of the app likely has much higher insurance and assets than the driver who may have a policy that is only as high as the required state minimums, which can be much lower than the amount of actual loss suffered in the accident. This can include damages for pain and suffering, medical expenses, special damages, lost wages, or rehabilitation costs.

A large company probably has a commercial general liability policy that is able to cover the entire loss suffered by a plaintiff.  However, it is important to speak with your attorney about your particular case, because the facts are never the same in any two situations.