Traveling by bus is generally pretty safe. Millions of people do it without issue each year, and we know on the whole it’s safer than being in a car. Still, bus crashes do still happen and when they do, they tend to be catastrophic. That’s what reportedly happened recently in North Carolina.

According to NBC, a bus carrying a college football team crashed on a highway there. As of this writing, as least four are dead and 42 others are injured.  The bus driver is one of those who were killed in this fatal bus accident, as was the 10-year-old son of one of the coaches. 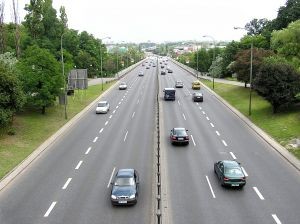 This bus was transporting the football team from Clinton College in Rock Hill, South Carolina to University of God’s Chosen in Fayetteville, North Carolina. Authorities have said that while the bus was traveling at normal speeds, the driver lost control, and it veered into the median of the divided highway and crashed.When first responders arrived at the scene of this fatal bus crash at around three in the afternoon, they had to deal with a lot of severe injuries. In total, there were 46 people on the bus including the driver, and in addition to the four who were killed, there was a not a single passenger that escaped without suffering some degree of personal injury.

The football team was not traveling alone, as there were other vehicles carrying friends, family, and equipment following behind the bus at the time of the crash.  When the occupants of these vehicles saw the horrific bus crash, they immediately pulled over to offer assistance and call 911.  What they saw was a mangled bus with students climbing out of the windows and jumping into the grass. Witnesses say there were students on their cell phones trying to call family or for help, and there were others who were crying in pain or from the shock of the fatal bus accident.

Some of the victims were already lying on the ground, as they had been ejected during the crash.  As our Boston personal injury lawyers have seen, being ejected from a vehicle in a crash often results in death or at the very least, serious injury.  In a passenger car, wearing a seat belt seriously reduces the chance an accident victim will be ejected from the vehicle, but that is not really an option in a charter bus.

State highway patrol officers arrived to begin an investigation into what caused the fatal accident, along with personnel from their accident reconstruction team.  They are still conducting an investigation into the cause of the accident, but they believe that a tire on the bus blew, causing the driver to lose control as the bus started to swerve on its own and hit the guardrail.  It should be noted that there has been no accusation of negligence on behalf of the bus company or the bus driver as of the time of the article.

In a case in which a tire blows causing an accident, there may be a question as to whether the owner of the vehicle knew or had reason to know the tire might blow.  For example, we have seen cases where owners of commercial vehicles used retreated tires in an illegal manner.