There is no question that soccer is becoming more popular with both kids and adults throughout the U.S.  However, you may have noticed that a game known as “bubble soccer” is also starting to gain traction. 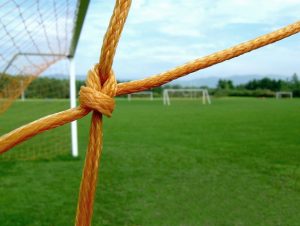 Like the inflatable sumo wrestling that reached its peak of popularity several years ago, bubble soccer also involves the participants getting inside and over-sized inflatable suit.  Instead of looking like a sumo wrestler, the players are in large plastic bubbles with only their legs sticking out so they can run around.  These soccer bubbles are designed so the participant’s breathing is not restricted, and the game looks like a lot of fun.  It is especially popular at carnivals and parties.

However, it can also be very dangerous, as discussed in a recent article from AJC.Com.  It this case, there was a school fair to celebrate graduation, and the facilitators had arranged for a game of bubble soccer.  Captain of the school soccer team decided to play in that game.  He was known as an excellent soccer player and was in the process of applying for a spot with professional soccer teams.

An obvious part of this is game is that players will run into each other and then bounce backwards, similar to the sumo wrestling game.  However, in this case, when he and another player jumped for the ball and bumped into each other, things did not go as planned, and his forehead hit an unprotected part of the other player, resulting in serious personal injury to the soccer team captain.

Witnesses say his forehead essentially shattered when he made contact with the other player, and he was experiencing bleeding in his brain.  Any time the skull and the brain collide, the patient will typically suffer a concussion, which is a type of traumatic brain injury (TBI); but, in this case, there was also more significant injury and swelling to the victim.  Doctors will need to perform reconstructive surgery to repair or replace the part of his skull that was shattered, but they are waiting until the swelling in his brain subsides before they can begin working on his skull.  If they were to replace the skull now, the bleeding would cause pressure to build up, which is one of the leading causes of permanent brain damage.

If you have been injured in a game at a fair or similar event, you should speak with a Boston personal injury lawyer as soon as possible to see if you have a valid claim.  One of the main issues that may arise is that before playing a game such as this one, you typically have to sign a release giving up your right to sue.  You may also be agreeing to go to binding arbitration in a western state before going to court. While these waivers of liability can be a bar to filing suit, that is not always the case, and your attorney may to get the waiver voided, depending on the circumstances.