A former organized crime boss is suing the federal government for injuries he sustained in a game of ping-pong in prison. 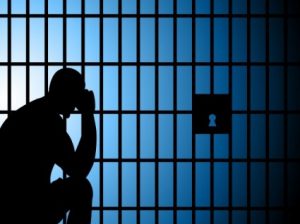 The New York Daily News splashed the cheeky headline, “Bada-Ping!” across its front page story, which detailed how the 64-year-old plaintiff, convicted a year earlier of racketeering conspiracy connected to several plots of murder, was injured in a slip-and-fall. He asserts prison officials knew or should have known there was a hazardous wet floor in the recreation area of the prison. As proof, he noted the proximity of the showers to a leaky slop sink pipe nearby. The leak had been reported to officials from the prison days or weeks before the fall. Plaintiff suffered a fractured right knee cap that required surgery, and he is continuing to undergo physical therapy and occupational therapy.

The government refutes any allegations of negligence. What the newspaper fails to note is that suing a prison or jail – particularly one operated by the government – can be very difficult. Suing privately-run prisons and jails may be a bit easier, but there are still significant challenge. Only claims of serious injury or wrongful death have much of a chance of moving forward, and that’s only if plaintiffs can prove a violation of civil rights, including deliberate indifference to a medical need.

While prisoners or those detained in jail do not retain all their rights while locked up, they do still have constitutional protections under the Eighth Amendment, which protects against cruel and unusual punishment. This specifically allows for claims of deliberate indifference to a medical need. Per the 1976 U.S. Supreme Court case of Estelle v. Gamble, a claim of inadequate medical care requires plaintiff show there were acts or omissions proving deliberate indifference to a serious medical need or unnecessary infliction of pain. A serious medical need is one diagnosed by a doctor as needing treatment or so obvious even a lay person would recognize the need for medical intervention.

A claim of deliberate indifference is not neglect, negligence or even medical malpractice. It’s a specific claim on its own, and one of the most successful in terms of claims against prisons.

You can sue state prisons on theories of negligence and battery, but you must first overcome assertions of qualified immunity. These are protections afforded to government employees, and often, simple negligence isn’t enough to overcome that immunity. But, if you are suing a private prison company, you may be able to successfully sue a claim of negligence or battery.

You may also want to explore a claim under Section 1983 of the Civil Rights Act, with mot claims falling under Eighth Amendment violations. In some cases, violations of the Fourth Amendment – protections against unreasonable search, seizure or detention – may also be successful. Such actions can be filed in either federal or state court, but you cannot hold the federal government liable under this provision.

If your claim is against the federal government, you might want to explore your rights under Bivens. Such actions require a violation of either federal law or your constitutional rights that caused the injury. A 2012 U.S. Supreme Court ruling, however, clarified that the right to sue applies only to federal government entities and employees – not private prison companies and their employees.

As a 2014 legal analysis by the Washington Post noted, while it’s generally pretty difficult to recover compensation from the state or federal government for personal injuries incurred while incarcerated, the Federal Tort Claims Act waives sovereign immunity for employees of the government, and specifically excludes contractors. That includes private prison firms. However, the U.S. Department of Justice announced last year it was ending the use of private prisons, following a critical report released by the Office of Inspector General finding private-run prisons don’t provide the same level of service, don’t save on costs and don’t maintain the same level of safety and security. The reported noted about 12 percent of the total federal inmate population is managed by private companies – a total of 13 facilities housing 22,1000 prisoners. The use of these prisons will be phased out, so many are still currently in operation.

The bottom line is that if you or a loved one have been seriously injured in prison, you will need help from an experienced personal injury attorney.