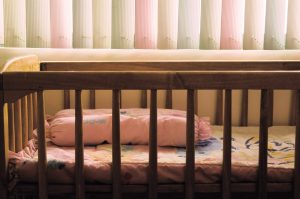 Nationwide, about 75 percent of claims were filed within three years of injury. Massachusetts statute of limitations for medical malpractice claims is three years and can be found in M.G.L. Ch. 260 Sec. 4 and M.G.L. Ch. 231 Sec. 60D. In cases involving children, a medical malpractice claim must also be filed with three years. However, the Discovery Rule, permits victims to file claims beyond the deadline in cases involving delayed discovery of injury or malpractice. Under Massachusetts law, cases involving minors must be filed within three years from date parent’s had knowledge or sufficient notice that defendant’s medical care may have resulted in injured. Children under age of 6 years old have until the 9th birthday, regardless of date of injury.

Medical malpractice claims in general, and birth injuries in particular, are among the most costly and legally and medically complex claims a Massachusetts law firm can handle. Finding a law firm with the experience and resources to prevail against some of the nation’s largest insurance companies and legal defense firms is essential to making a successful demand for damages. Our birth injury lawyers in Boston will carefully review your case, and consult with leading medical experts, to determine the full extent of your damages and to identify all of the parties responsible.

M. G.L c. 231, § 60H puts a cap of $500,000 on medical malpractice awards when it comes to pain and suffering, loss of companionship and other general damages. Exceptions exist for cases involving substantial disfigurement or where such limits would otherwise deprive plaintiff of just compensation. Damage caps for some non-profit or government owned healthcare facilities may be capped at $100,000, while damages against a charitable organization are capped at just $20,000. Unfortunately, most Massachusetts hospitals are either municipally owned or are run by charities.

A landmark case, Dylan Keene Vs. Brigham Women’s Hospital, reduced a $4.1 damage award against Brigham and Women’s Hospital to just $20,000. The couple sued Brigham after neonatal care left their child blind and quadriplegic.

But it’s important to note that no damage caps exist for individual employees of non-profit hospitals (such caps do exist for employees of public hospitals). But the Keenes could not sue individuals because Brigham claimed to have lost all of the child’s medical records for the critical treatment period after he contracted neonatal sepsis and meningitis. The hospital appealed the initial award, and the Massachusetts Supreme Judicial Court agreed, saying the hospital was protected by the state’s cap on damages paid by charitable organizations, which reduced the Keenes award to just $20,000.

Justice Roderick Ireland dissented from the majority, arguing that “the charitable immunity cap is doing a disservice to the public by allowing substandard treatment practices to be rewarded by virtue of a corporate status.” Today, nearly all of New England’s most renowned hospitals are operated as “charitable institutions.”

Your chosen medical malpractice law firm must be prepared to argue your case at time of filing, not at some future, undetermined day in court. Massachusetts medical malpractice claims first go before a three-person tribunal (including a lawyer and a medical doctor), where they must prove sufficient evidence of malpractice before being allowed to proceed to a claim in court.

Giving birth is not without risks. But the United States has among the highest rates of infant and mother mortality of any developed nation in the world. If you are dealing with a birth injury, availing yourself of the opportunity for a free and confidential consultation with a leading Massachusetts law firm is among the best things you can do to protect the rights and financial well-being of you and your family.