While this winter started off pretty mild, it has certainly turned cold across much of the New England area, including Boston.  With snowstorms and ice storms knocking out power throughout the Commonwealth of Massachusetts, safety officials fear the worst as people are turning to alternative means to heat their homes, including wood stoves, space heaters and generators. 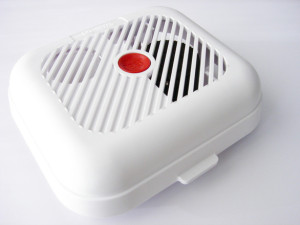 The reason for the fear is that these devices, while they may heat the home, present a major risk for carbon monoxide poisoning, which can cause serious personal injury or death.  According to a recent news article from Wicked Local Franklin, firefighters in Massachusetts have already had to respond to a number of carbon monoxide calls where they needed to ventilate the buildings and make them safe again for residents.  Luckily, there were no injuries in these cases, and there were carbon monoxide detectors that were able to warn the residents, so they could call the fire department in time.

For this reason, the Wrentham fire chief is urging everyone in his jurisdiction and across the Commonwealth to make sure they have working smoke detectors that also monitor for carbon monoxide and have good batteries as backups in case the power goes out.  It should be noted that in all new construction, the smoke detectors are required to run off the home’s electrical power, and then have batteries in the event of a power outage.  In many homes in the Boston area, the smoke detectors run entirely off battery power, so it important to make sure they are fitted with new batteries before the next storm and power outage.

For example, if a neighbor is using a generator inside the home, which should never happen, but often does, their home can fill with deadly carbon monoxide.  Since carbon monoxide itself has no odor, they may not be aware this is happening.  Also, as the home fills up with carbon monoxide, the oxygen is being forced out of the home. While the smoke from the generator is obviously going to be giving off a strong odor, anyone who is willing to run a gas motor in their own home might likely disregard the odor and any danger associated with carbon monoxide poisoning