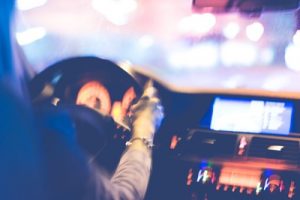 When the Wareham Police arrived, they saw the seal on the sidewalk, then watched it move into the nearby swampy area. The Wareham DNR’s office as well as the International Fund for Animal Welfare are still attempting to locate the seal.

Investigations into the accident are still ongoing by the police.

When a driver is under the influence and causes injuries in a car accident, that can change how a typical personal injury lawsuit unfolds. Where the driver is charged and convicted of driving under the influence, the law recognizes that there isn’t much more that needs to be established in a civil court. The investigation that your personal injury attorney will undertake is to properly document and submit your damages to the court or insurance company.

At the Jeffrey Glassman Injury Lawyers we care about your case and want to help you get the compensation you deserve after you have been injured. Do you believe another party acted negligently and now you need legal assistance? If you or a loved one have been killed or injured in a car accident, please contact us at (617) 777-7777 today.

DISCLAIMER: Information provided in this post is not intended to be used as legal or medical advice, nor disrespect the victims or families in any way. We are providing this post for general information on everyday tragedies and presented in a manner to protect and honor the victims and their families. Minor differences can change the outcome of cases, based on jurisdictional laws. The information provided in this post should not be relied upon as legal or medical advice. We suggest seeking assistance from legal or medical professionals for your personal circumstance, when necessary.