Victims of violent assaults may find themselves reeling, both physically and emotionally, struggling to overcome the trauma. While the criminal justice system may take action to punish the offender, that doesn’t necessarily help the victim and the expenses they have incurred – the medical bills, the lost wages from time off work, the cost of therapy and other expenses. 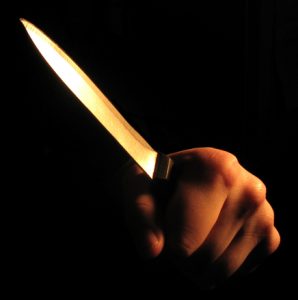 In some situations, it can be worthwhile to pursue legal action in civil court. Such action is sometimes taken against the actual attacker (although insurance does not cover intentional acts, so collecting on damages against defendants who aren’t independently wealthy can be tough). More commonly, though, action is taken against third parties. Third parties can be liable for damages to a crime victim if the defendant breached some duty of care owed to plaintiff. For example, property owners may be liable for failing to protect residents and/or guests from conditions that might invite a criminal assault.

In a recent case before the New York Court of Appeals, the question was asked whether a mental health facility could be liable for injuries sustained in a criminal attack carried out by an adult male patient who had recently been discharged. Plaintiff alleged the facility was negligent in discharging the man, and if it had held him longer, the attack could have been avoided.

According to court records, the assailant in this case was an adult offender who was arrested after allegedly holding a cab driver at gunpoint, forcing him to drive to an ATM and taking from him the money the driver withdrew. Despite his prior criminal record, the man was given a chance to participate in an alternative justice program in order to avoid jail time. As part of the program, he had to undergo drug and alcohol treatment as well. He was expected to complete the program within 18 months, and then he could walk away with a clean record.

However, within just three weeks, he got into a fistfight with another resident and then admitted to drinking alcohol while on site at the facility. This prompted him to be expelled. Soon thereafter, the 33-year-old man was involved in an altercation with his mother’s 58-year-old boyfriend (plaintiff). In the course of that fight, the mother’s boyfriend was stabbed and suffered serious injury.

Plaintiff subsequently filed a personal injury lawsuit against the mental health facility, arguing that it negligently released him.

In fact, the facility did not mean to release him to the general public. The agency was filling out transfer paperwork for him to be taken to an intermediary facility. During this time, staffers were filling out paperwork for the transfer and patient became “enraged.” Staffers called 911, police came and the man was escorted off the premises. The facility said it never intended to release him to the public, but that’s what happened.

Trial court denied defendant facility’s motion for summary judgment, finding the facility did owe a duty of care to the plaintiff. This was affirmed by the superior court, except a dissenting justice determined the facility had no  duty to protect the general public from the troubled man after he was properly discharged from the facility. When the appellate court (New York’s highest court) was asked to review this, justices sided with the dissent, finding the facility had no duty of care to the public for the actions of a patient it had discharged.